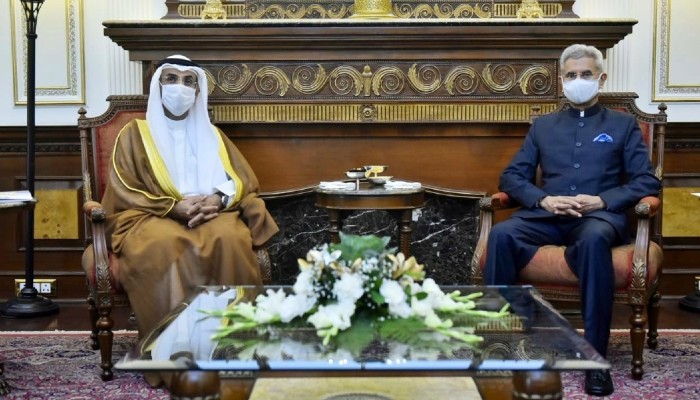 Both sides also agreed on the need for further securing supply chains, including in the areas of energy security, food security and health care.

They expressed satisfaction that essential trade between India and GCC continued even during the Covid lockdowns.

The two undertook a detailed review of the India-GCC relations and discussed ways to further enhance them, the Ministry of External Affairs (MEA) said after the talks.

The GCC Secretary General is on his first official visit to India on November 10-11.

Both leaders recalled the historic and friendly India-GCC relations, which have seen robust progress in recent years.

The GCC Secretary General lauded the contribution of the Indian community to the Gulf countries and said that GCC wants to be a partner of India in its economic growth.

EAM Jaishankar thanked the GCC countries for taking care of the large Indian diaspora in their countries during the Covid-19 pandemic and medical assistance provided during the second wave in India in April-May 2021.

He also apprised the Secretary General of the progress made by India in its vaccination programme.

According to the MEA, both leaders expressed satisfaction at India-GCC cooperation in handling the unprecedented challenges posed by the pandemic. EAM Jaishankar hoped for further easing of restrictions by GCC countries on air travel from India and mutual recognition of vaccination certificates.

EAM Jaishankar congratulated the Secretary General for the constructive role played by GCC in promoting stability and prosperity in the region. Both sides decided to convene the next India-GCC Troika Political Dialogue at an early date.

The last round of the Dialogue was held virtually in November 2020. Both sides also agreed to further institutionalize the annual meetings between EAM and GCC Troika by signing an MoU in the coming months.