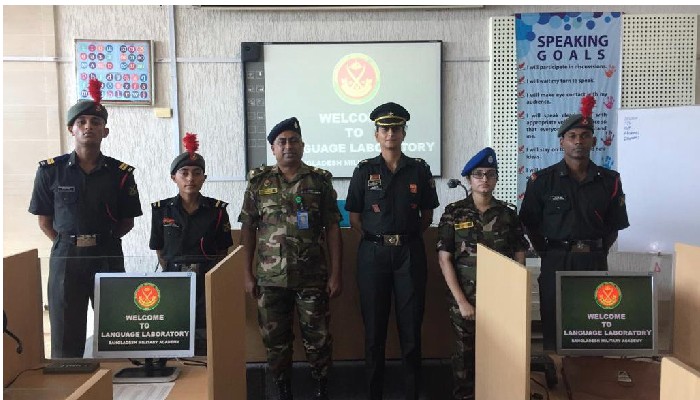 The delegation participated in various interactive sessions with Cadets and Instructors of OTA wherein, ideas, techniques and the best practices of Military Training were shared, it had informed.

They were given insight into the training regimen, curriculum and infrastructure of the Academy, the High Commission’s tweet had further said.

The Bangladesh Army Chief’s visit to India was a continuation of top-level exchanges between the defence forces of the two countries.

Also, commemorating the 50th year of Bangladesh’s independence, this year for the first time a contingent from the Bangladesh Army had marched in India’s Republic Day parade on January 26.

The two countries have undertaken joint military exercises. In April, an Indian Army contingent had participated in Exercise Shantir Ogroshena 2021 conducted by Bangladesh to commemorate the birth centenary of Bangladesh’s ‘Father of the nation’ Sheikh Mujibur Rahman.

Earlier, India had extended a $500 Million Line of Credit to Bangladesh for defence purchase from India.

In the year 2020, the two countries witnessed high level exchanges, including the second edition of India-Bangladesh CORPAT ‘Bangosagar’ Exercise on October 3-5, Regional Commanders meeting of Coast Guards on October 19 and the third Annual Defense Dialogue on November 2. The Indian Army gifted trained horses and dogs to the Bangladesh Army in November 2020.

In February, 2021, the Indian Air Chief visited Bangladesh on an official visit.