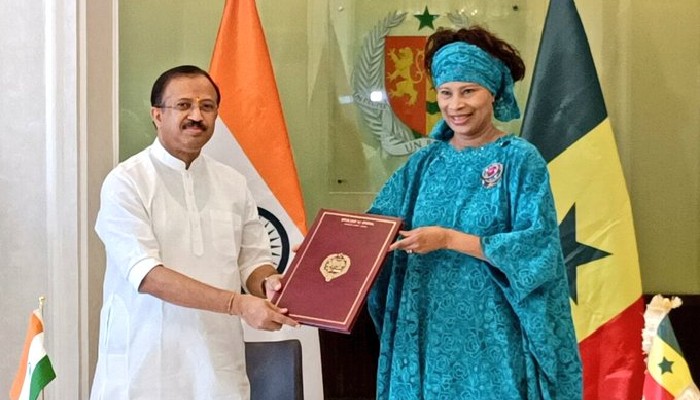 India and Senegal on Friday held their third Joint Commission Meeting in Dakar and reviewed the entire gamut of bilateral relationship and explored possibilities of increasing the depth and breadth of engagement between the two countries.

The two sides also signed two MoUs during Mos Muraleedharan’s visit on health and medicine and training of Senegalese diplomats.

The MoU on medicine entails collaboration including in disease surveillance, medical research, drugs and pharma, medical equipment and traditional medicine.

“Comes at a time when the health cooperation needs more attention than ever,” tweeted MoS Muraleedharan.

Earlier, during his visit to Senegal, the MoS External Affairs visited the Centre for Entrepreneurship Development and Technology in Dakar along with Minister of Employment and Skill Development Dame Diop.