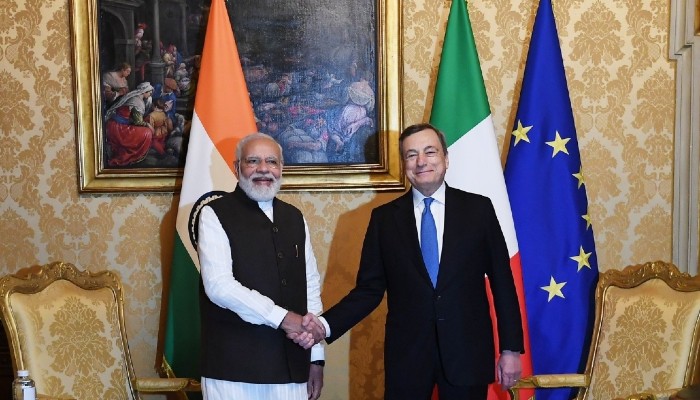 Prime Minister Narendra Modi’s maiden in-person meeting with his Italian counterpart Mario Draghi on the sidelines of the G20 Leader’s Summit in Rome on Friday has a global meaning, feels Franco Bruni, an International Affairs Expert.

Bruni - who is the Vice President and Co-Head, Centre on Europe and Global Governance of the renowned Italian Institute for International Political Studies (ISPI) - said in an interview on Monday that the G-20 should not be a theater or a meeting place for bilateral interests.

When asked as to how bilateral relations between India and Italy are shaping up, Bruni said “They are improving and the bilateral talks that have been taken place in Rome with Indian Prime Minister have been very rich.”

“PM Modi was not only able to get in touch with PM Draghi, but also with the Pope and many others so we hope that this relationship improves and becomes crucial also for the future of the G20,” he told India News Network.

Moreover, these type of bilateral contacts have a global meaning, Bruni noted adding that this is what should be required by bilateral meetings at the G-20.

“The less important meetings are simply trying to solve bilateral problems, but G20 is to solve global problems,” the Italian expert who is also Professor Emeritus at the Department of Economics, Bocconi University said.

Meanwhile, on being asked his view about India’s role in Afghanistan in particular and the region in light of recent developments in Afghanistan, he observed that the problem has been dealt with in the wrong way and if not checked may lead to a disaster.

“What is important is now is to gradually, without the ambition of solving things immediately, develop a discourse on the region, with full cooperation between India, Russia, China, and USA,” Bruni stated.

“Europe is not on the table since it for the moment is unable to develop a common foreign policy. So some European countries will participate in these efforts, but more so individually,” he mentioned.

Bruni maintained that the big protagonists, United States, India, Russia and China will have to start discussing all the details of how to live with this problem, because they will have to live with the problem which includes people suffering and enormous injustice is taking place with potential terroristic consequences.

“And that's terrible, but they have to think that for several years, we will have this problem and how to deal with it, how to monitor it? There should be no misunderstandings between the big powers on how to live with the problem. Then gradually we might hope to improve it, but gradually,” he noted.
Attachments area