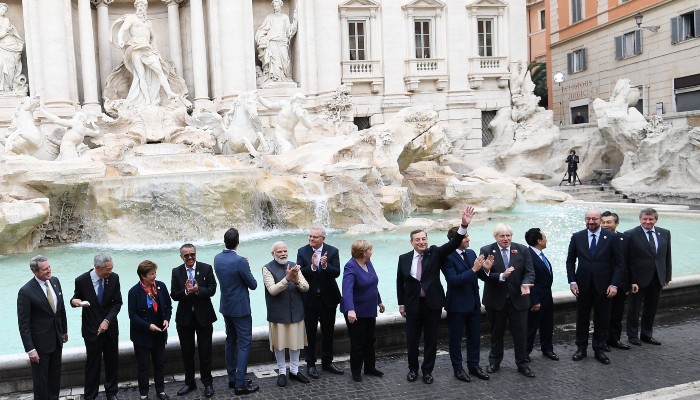 Prime Minister Narendra Modi on Sunday presented three actionable points before G-20 countries on the climate change front: Creation of clean energy projects fund, development of a network of research institutions and creation of an institution to create global standards in the field of green hydrogen.

While addressing the G-20 Summit session on climate change and environment, he said India will contribute fully to all these fronts.

The Prime Minister also said that in consonance with its climate mitigation plan, India has set a target of rehabilitation of 26 million hectares wastelands while Indian Railways, the world's largest passenger carrier serving an average of 8 billion passengers every year, has resolved to 'Net Zero by 2030'.

“With this decision, Indian Railways will mitigate carbon emission by 60 million tons per annum. We are working on the target of 20% ethanol blending in petrol by 2025,” the Prime Minister said.

“By increasing the count of Asiatic Lions, Tigers, Rhinos, and Dolphins, India has proved that its commitment to protect the environment is not limited only to the energy debate. India has never retreated from the responsibility of mitigation, nor will it ever go back,” PM Modi added.

He said today India is one of the top 5 countries in the world in terms of renewable energy capacity. The world also recognizes this success of India.

“Countries like the USA, France, UK, and Sweden are also our partners in many of our initiatives like ISA and CDRI,” the Prime Minister said.