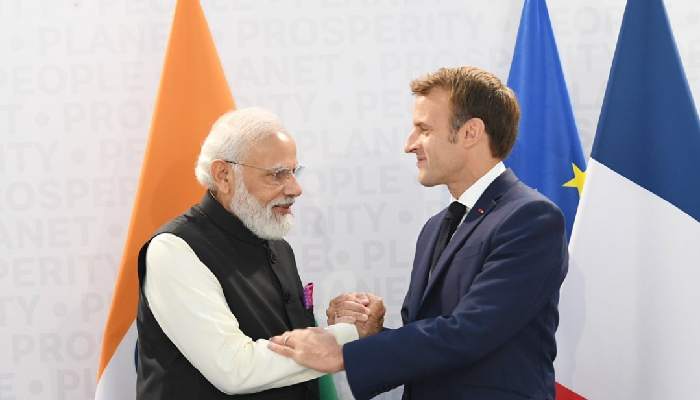 India and France have reaffirmed their commitment to cooperate in the Indo-Pacific and to find new and innovative ways to contribute towards a free, open and rules-based order in the region.

The issue was discussed in a bilateral meeting between Prime Minister Narendra Modi and French President Emmanuel Macron on the sidelines of the G20 Summit in Rome, Italy on Friday.

"The two leaders expressed satisfaction at the state of the wide-ranging India-France Strategic Partnership," the Ministry of External Affairs (MEA) said.

According to the MEA, the two leaders discussed the forthcoming COP26 and the need to focus on issues of climate finance.