Cooperation between India and Italy within the G20 has deep roots: FS Shringla 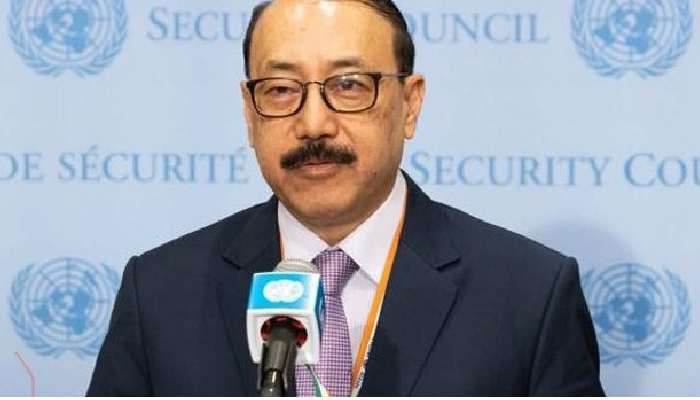 India, like Italy, is one of the founding members of the G20, FS Shringla said. (File photo)

India and Italy are committed to the rule of law and multilateralism, he wrote in a leading Italian publication

Noting that Prime Minister Narendra Modi was the first Indian PM to visit Italy in over a decade, Foreign Secreary Harsh Vardhan Shringla on Saturday pointed out that the spirit of cooperation between India and Italy within the G20 had deep roots.

In an article he wrote for prominent Italian newspaper Corriere della Sera titled ‘G20, Modi's visit: doors open between Rome and Delhi’, the Foreign Secretary Shringla said the visit of Prime Minister Narendra Modi to Italy was an opportunity to continue to orient this important relationship towards the future bilaterally and in the context of shared global responsibilities.

“Prime Minister Narendra Modi will be the first Indian Prime Minister to visit Italy in over a decade. The spirit of cooperation between India and Italy within the G20 has deep roots. Ancient India and Rome were trading partners. In more recent times, Indian soldiers earned glory in the battle to liberate Italy during the Second World War,” he wrote.

“India acknowledges the efforts of the Italian Presidency to focus on the interlinked issues of development and climate,” Shringla said.

He added that this meeting of the G20 Leaders was taking place soon before the 26th COP meeting to discuss climate change. It must highlight UNFCCC commitments including on transfer of technology and financing for tackling climate change, he noted.

Shringla informed that as two modern democracies, India and Italy were committed to the rule of law and multilateralism and shared increasingly convergent views on common global challenges.

“This political understanding is accompanied by a dynamic and diverse economic relationship with substantial commercial ties and complementary strengths in areas such as infrastructure and manufacturing, food processing and renewable energy,” he mentioned.

“Acknowledging the need to tap the full potential of our relations, India and Italy adopted the 2020-2025 Action Plan for an enhanced Partnership at the Virtual Summit in November 2020 that set strategic goals in the political, economic, science & technology, and cultural spheres to be achieved in the next five years,” the Foreign Secretary said.

This, together with the resolution of the long standing Enrica Lexie Italian marines issue, had propelled bilateral ties to a higher trajectory, he added.

Italy is also home to one of the largest Indian diaspora in Europe, Shringla informed.

He noted that Italy was a member of the International Solar Alliance and the Coalition for Disaster Resilient Infrastructure, both of which are strongly supported by India.

Italy’s recognition of the Indian-made Covishield vaccine is pointer towards further cooperation in the healthcare and technology space, the Foreign Secretary informed.

A number of leading Italian companies are already engaged in energy related projects in India. There is scope for further strengthening the energy partnership, the Foreign Secretary maintained.

India, which will be hosting the G20 in 2023, is in the frontline among the countries that intend to take action to save the planet and wants to lead by example in tackling climate problems, he said.

India, like Italy, is one of the founding members of the G20, he observed.

Mentioning that the Leaders met in the long shadow of the pandemic and in an international environment that is rapidly changing, Shringla said India, like Italy, believes that shared problems require shared solutions.

The 2030 Agenda for Sustainable Development Goals (SDGs) provides a comprehensive framework for a plan of action for people, planet and prosperity, he argued.

The pandemic is a reminder of the fragility of the progress that has been made in our collective efforts in eradicating poverty and meeting other developmental goals, he noted.

The G20 can and does help create international norms, the Foreign Secretary observed.

It recently agreed on an international minimum tax, he said.

The G20 countries must ensure it plays a leadership role in coordinating efforts to minimize the impact of the pandemic on the 2030 Agenda for SDGs by focusing on commitments such as those on financing for development in accordance with the Addis Ababa Action Agenda, Shringla added.

Climate change is one of the defining challenges of our time. Prime Minister Narendra Modi and the Indian people have a vision of climate action that is based on the Indian civilisational ethos of harmony with creation, Shringla further stated.

An expansive policy and action agenda based on this vision places India amongst the front rank of nations with climate ambition, he added.

According to the Foreign Secretary, India believes that it must, and will, lead by example in dealing with problems posed by climate change.

Arguing that energy is at the center of India’s ambition and agenda, he said, massive investments have been made in augmenting India’s renewable power capacity. This places India on a high-velocity energy transition pathway, he added.

Shringla informed that India, it is well known, has the lowest per capita carbon dioxide emission levels per capita among the G20 at 1.90 tonnes of per capita.

This has not stopped India from committing itself to not just meeting its Paris commitment targets but exceeding them, he stated further.
Attachments area