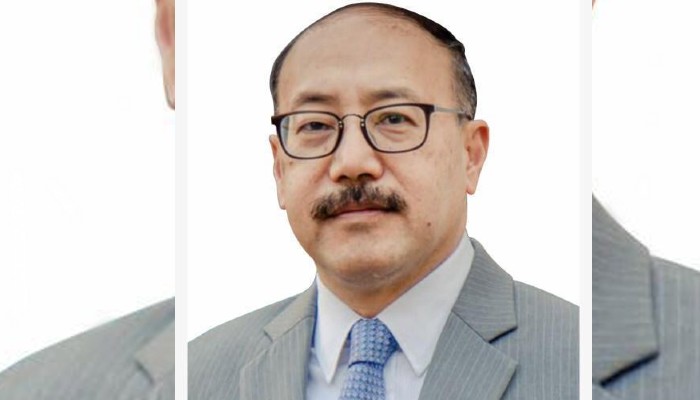 India-Bangladesh relations today are deeper than any other strategic partnership, Shringla said

“The fact that Prime Minister Modi’s first foreign visit since the COVID pandemic was to Dhaka in March this year at the invitation of the Prime Minister of Bangladesh to commemorate the Golden Jubilee, is testament to highest priority attached by both sides to this relationship,” the Foreign Secretary said while speaking at Swarnim Vijay Varsh Conclave in New Delhi.

He said India is a committed partner in Bangladesh’s socio-economic growth and development.

“Bangladesh is India’s biggest development partner and India’s largest trading partner in South Asia, contributing to economic prosperity and supply chain resilience in the region and beyond. Comprehensive connectivity is a key to this partnership,” the Foreign Secretary remarked.

“Both sides have worked together to revive the pre-1965 rail connectivity. Other modes have also been strengthened, especially for enhancing linkages with the northeastern region of India. New modes like waterways, passenger and cruise shipping, energy and power lines have been added to the connectivity mix,” Shringla said.

Both countries share strong people-to-people ties that have been further strengthened through capacity building programmes, scholarships and cultural exchanges.

“We are taking initiatives such as joint production of a film on the life of Bangabandhu and a documentary on the Liberation War; joint celebration of Maitree Diwas - the day on which India recognized Bangladesh in different capitals; and an exhibition on the life of Bangabandhu and Bapu; to preserve the legacy of liberation of Bangladesh,” the Foreign Secretary said.

India-Bangladesh relations today are deeper than any other strategic partnership, he said.

“It is a role model for relations between two neighbouring countries. The spirit of friendship, understanding and mutual respect engendered during the liberation of Bangladesh continues to permeate different aspects of this relationship,” he added.

“Under the visionary leadership of Prime Minister Modi and Prime Minister Sheikh Hasina, India and Bangladesh share a ‘Sonali Adhyay’ or golden era - a relationship geared towards bringing stability and prosperity to people on both sides of the border,” the Foreign Secretary maintained.

Realizing the full potential of this partnership would require the continued convergence of strategic, economic and political outlook on both sides as was the case fifty years ago, he added.