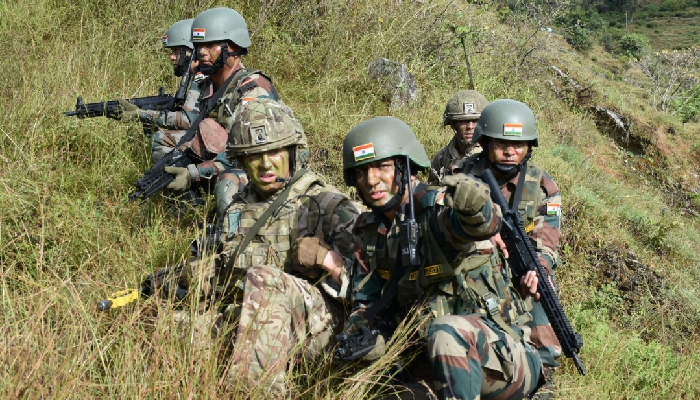 The company-level military training exercise had commenced on October 7

'Ajeya Warrior', the 14-day joint military exercise between India and the UK, culminated after a grueling 48-hour validation exercise at Chaubatia in Uttarakhand to validate the performance of both the Armies in conducting joint military operations in a semi-urban environment.

The sixth edition of the India-UK exercise resulted in better understanding and enhancing interoperability between both armies, said a tweet by the Additional Directorate General of Public Information, IHQ of MoD (Army) on Thursday.

India and the UK had commenced their company level military training exercise on October 7.

“During this exercise, an infantry company from the Indian Army and an equivalent strength from the UK Army would be sharing their experiences gained during the conduct of various military operations in their respective countries and during overseas engagements,” the Ministry of Defence had then said.

As part of the training, both the Armies familiarised with each other’s weapons, equipment, tactics, techniques and procedures for carrying out joint military operations.

There was a series of expert academic discussions on various subjects of mutual interest such as combined arms concept, sharing of experiences in joint force, operation logistics and others.

According to the defence ministry, this joint military exercise will go a long way in improving bilateral relations and also will be a major step towards further strengthening the traditional bond of friendship between the two nations.