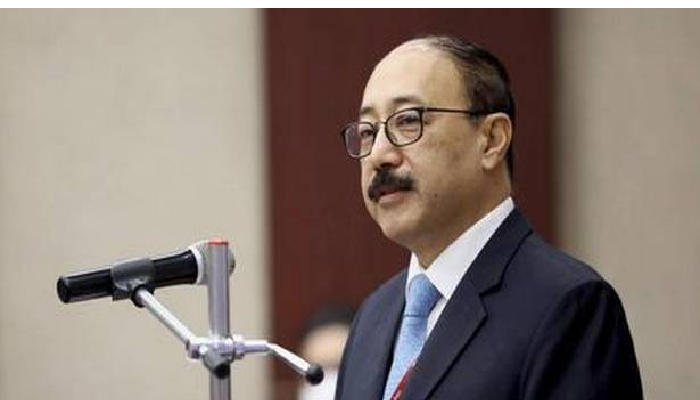 Widening trade deficit with China is a matter of concern for India, the Foreign Secretary said

Foreign Secretary Harsh Vardhan Shringla on Thursday said China’s approach in eastern Ladakh has seriously disturbed peace and tranquility in border areas and with this, has impacted overall bilateral relations of the two countries.

He said even as India is in talks with China to resolve the tension along the Line of Actual Control, “We also need to do work at home. That is why, Atmanirbhar Bharat – an India with greater capabilities not just helping itself but being a force for good in the international arena, becomes important.”

The Foreign Secretary also said that widening trade deficit and increase in trade barriers for Indian goods and services in China are matters of concern for India.

In his remarks at the seminar on “Leveraging China’s Economy”, the Foreign Secretary said last year the trade between India and China was around US $ 88 billion, and this year in the first nine months, the bilateral trade between the two countries touched US$90 billion, yet it remains unbalanced with a large trade balance in favour of China.

“Our trade deficit concerns are twofold – the first, is the actual size of the deficit. Trade deficit for the nine months period stood at US$ 47 billion. This is the largest trade deficit we have with any country. Second, is the fact that the imbalance has continuously been widening. There are a number of market access impediments including a whole host of non-tariff barriers, for most of our agricultural products and the sectors we are competitive in, such as pharmaceuticals, IT/ITES,” the Foreign Secretary said.

He added these imbalances in trade have been regularly flagged at the highest level, most recently at the 2nd Informal Summit between Prime Minister Narendra Modi and Chinese President Xi Jinping in Chennai in 2019.

“We also remain firm in our commitment of placing this trade relationship on a more sustainable footing and raising these issues at all appropriate occasions with the Chinese side,” the Foreign Secretary said.