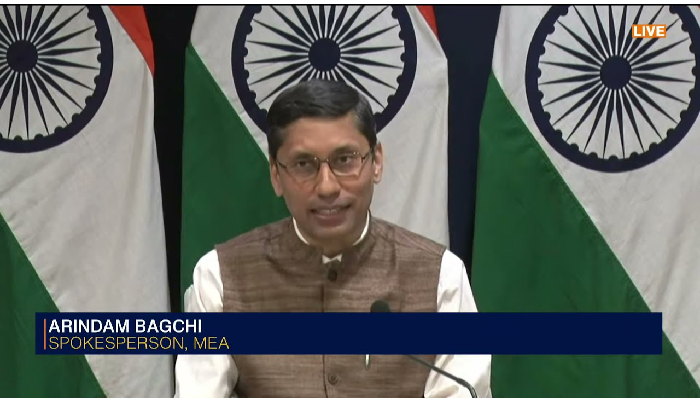 Amid the border dispute between India and China, Bhutan signs a three-step roadmap with China for expediting the boundary negotiations

India on Thursday said it has noted the signing of Memorandum of Understanding between Bhutan and China on ‘Three-Step Roadmap for Expediting the Bhutan-China Boundary Negotiations.’

The two countries signed a MoU, four-year after Indian and Chinese soldiers had a stand-off at Doklam, a Bhutanese territory. It was signed for expediting talks to demarcate their 470 km-long disputed land boundary.

“The Memorandum of Understanding on the Three-Step Roadmap will provide a fresh impetus to the Boundary Talks. It is expected that the implementation of this Roadmap in a spirit of goodwill, understanding and accommodation will bring the boundary negotiations to a successful conclusion that is acceptable to both sides,” said the Bhutanese Foreign Ministry in a statement.

The Bhutanese Foreign Ministry further added that Thimphu and Beijing had agreed on the three-step roadmap during the tenth expert group meeting in Kunming, April this year.

Bhutan announced that the MoU would be exchanged between the two sides through diplomatic channels.