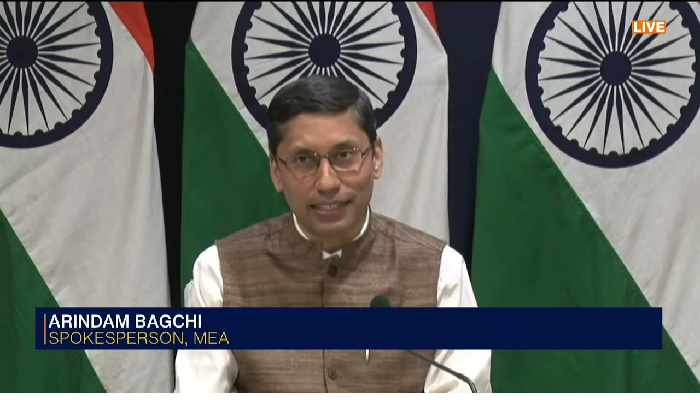 Arunachal Pradesh is an integral and inalienable part of India, the Ministry of External Affairs said in categorical terms

India has rejected the Chinese Foreign Ministry’s comment on the recent visit of Vice President M Venkaiah Naidu’s visit to Arunachal Pradesh, stating that Arunachal Pradesh is an integral and inalienable part of India.

“We have noted the comments made today by the Chinese official spokesperson. We reject such comments. Arunachal Pradesh is an integral and inalienable part of India. Indian leaders routinely travel to the state of Arunachal Pradesh as they do to any other state of India. Objecting to the visit of Indian leaders to a state of India does not stand to reason and understanding of Indian people,” Ministry of External Affairs’ Spokesperson Arindam Bagchi said in response to a media query on Wednesday.

During a regular press conference Chinese Foreign Ministry Spokesperson Zhao Lijian said, “China's position on the China-India boundary issue is consistent and clear-cut. The Chinese government has never recognized the so-called “Arunachal Pradesh” established unilaterally and illegally by the Indian side and firmly opposes the Indian leader's visit to this above-mentioned area.”

However, taking potshots at China for its blatant violations of bilateral agreements on the border issue, the MEA Spokesperson said, “As we have mentioned earlier, the current situation along the LAC in the Western Sector of the India-China border areas has been caused by unilateral attempts of Chinese side to alter the status quo in violation of the bilateral agreements.”