Ensuring Afghan territory is not used for supporting terrorism is a priority: EAM Jaishankar 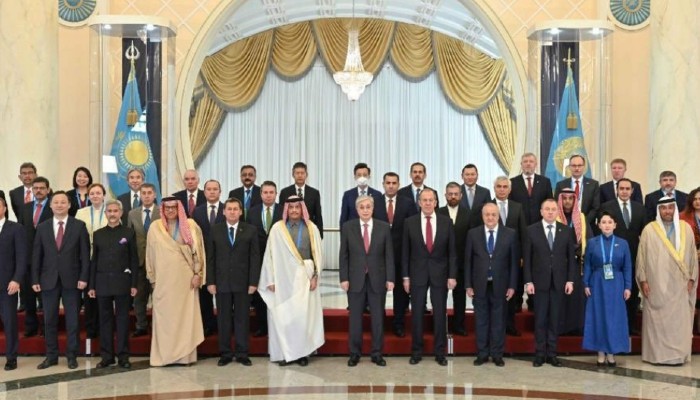 Ensuring that Afghan territory is not used for supporting terrorism and promoting the formation of an inclusive Government are widely recognized as priorities, External Affairs Minister S Jaishankar has said.

"Recent developments in Afghanistan have generated understandable concern in the region and beyond," he pointed out on Tuesday.

He was speaking during a meeting of Conference on Interaction and Confidence-Building Measures in Asia (CICA) Foreign Ministers with President of Kazakhstan
Qasym-Jomart Toqayev.

"The voice of CICA can be a positive factor in shaping the response of the international community," he noted.

According to Jaishankar, developments in Asia were closely connected with those of the world.

"Whether it is the scourge of terrorism and extremism, the health, economic and social effects of the pandemic, the protection of the global commons or the goals of sustainable development, we must appreciate the indivisibility of our existence. Such an awareness leads us to work together across a broad range of domains," he observed.

Strengthening the collective resolve to tackle terrorism, arms trafficking, narcotics trade and other forms of trans-national crimes was more important than ever before, EAM Jaishankar pointed out.

"The habits of cooperation encouraged by CICA can be helpful in this regard," he said.

EAM Jaishankar said the vision of the first President of Kazakhstan, Elbasy Nursultan Nazarbayev, of establishing CICA as a forum for promoting peace and stability in Asia had come a long way. "We look forward to his continuing guidance," he added.

According to Jaishankar, Kazakhstan’s Chairmanship and contribution continue to be a strong force in advancing this unique forum and its objectives.

"This gathering allows a broad range of nations to address shared concerns and interests in a collaborative manner. It has never been more needed than today," he said.