‘Goal of nuclear disarmament can be achieved through step-by-step process’: FS Shringla 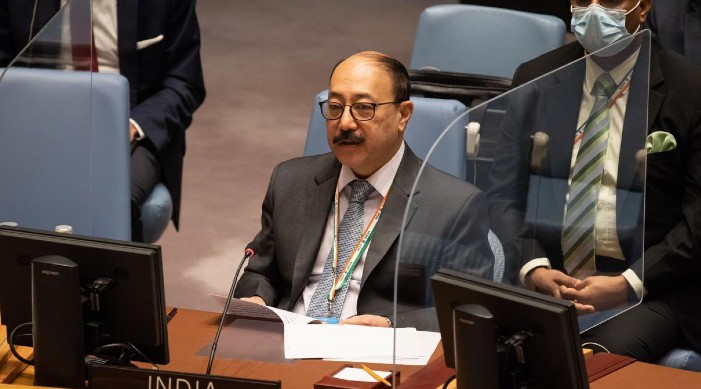 India is committed to the goal of “universal, non-discriminatory, and verifiable nuclear disarmament”, leading to the complete elimination of nuclear weapons, consistent with the highest priority accorded to nuclear disarmament by the Final Document of the First Special Session of the UN General Assembly on Disarmament (SSOD-1).

Foreign Secretary Harsh Vardhan Shringla said this in his statement on the International Day for the Total Elimination of Nuclear Weapons at the 76th UN General Assembly on Tuesday.


India believes that the goal of nuclear disarmament can be achieved through a step-by-step process, underwritten by a universal commitment and an agreed multilateral framework that is global and non-discriminatory, Shringla, further added.

“India’s approach is outlined in our Working Paper submitted to the UNGA First Committee in 2006 and to the Conference on Disarmament in 2007, which has an enduring relevance,” the Foreign Secretary reiterated.

He added India’s annual resolution in the UN General Assembly on the “Convention on the Prohibition of the Use of Nuclear Weapons” tabled since 1982 enjoys wide support of the membership and calls on the Conference on Disarmament to commence negotiations in order to reach agreement on an international convention prohibiting the use or threat of use of nuclear weapons under any circumstances.

Another UNGA resolution tabled annually by India for the past two decades on ‘Reducing Nuclear Danger’ underlines the grave dangers posed by unintentional or accidental use of nuclear weapons and the need to take steps to address it, the Foreign Secretary said.

As the world’s sole multilateral disarmament negotiating forum, the Conference on Disarmament is well placed to commence negotiations on a Comprehensive Nuclear Weapons Convention.

Without diminishing the priority that we attach to disarmament, India has supported the immediate commencement of negotiations in the CD on a Fissile Material Cutoff Treaty (FMCT) on the basis of CD/1299 and the mandate contained therein, which remains the most suitable basis for negotiations.