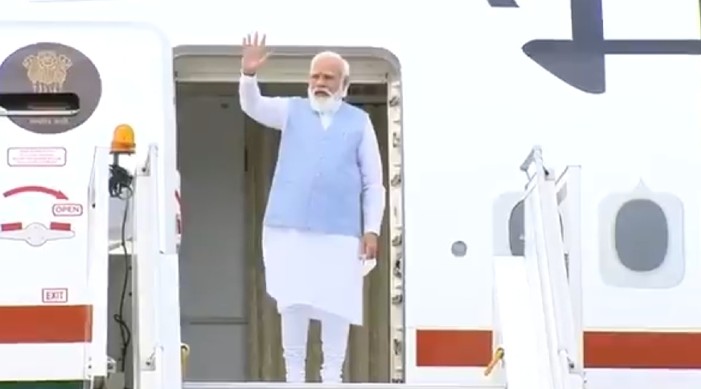 Prime Minister Narendra Modi arrives in New Delhi after his visit to the US.

Prime Minister Narendra Modi returned to India on Sunday after a three-day visit to the US which saw him adress the United Nations General Assembly (UNGA).

He also also held a series of important bilateral meetings and participated in the first in-person Quad leaders meet.

This was Prime Minister Modi's first visit outside the immediate neighborhood since the Covid-19 pandemic began last year.

Breiefing the media on Saturday, Foreign Secretary Harsh Vardhan Shringla said the Prime Minister’s address to the United Nations General Assembly "marks the culmination of a very successful, a very comprehensive tour of the United States".

In Washington DC, PM Modi held a bilateral meeting with US President Joe Biden. This was the first in-person meeting between the two leaders after Biden took over as the US President in January this year.

The Indian Prime Minister participated in the meeting of the QUAD Leaders’ Summit, which was attended by the Prime Minister of Japan and Australia, and hosted by President Biden.

Separately, the Indian Prime Minister also had meetings with his counterparts from Japan and Australia.

During his stay in Washington, he met the CEOs of several major US corporates.

"So all in all, it has been a short but very, very comprehensive, very useful and visit which allowed for extensive high level interactions," FS Shringla said.