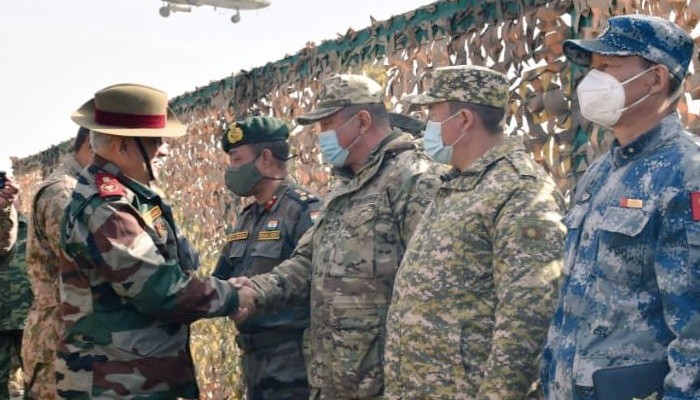 India’s Chief of Defence Staff, General Bipin Rawat who is on a two-day visit to Russia on Thursday attended the conference of the Chiefs of General Staff of the Shanghai Cooperation Organisation (SCO) in Orenburg in Russia. He also interacted with Russian top military brass.

In a series of tweets, the Additional Directorate General of Public Information, maintained about engagements of CDS Rawat in Russia. As per the ADG PI, CDS General Rawat interacted General Valery Gerasimov, Chief of General Staff, Armed Forces of the Russian Federation and First Deputy Minister of Defence General and discussed issues of bilateral defence cooperation.

In Orenburg, Russia, the CDS witnessed the final validation exercise of Multinational Exercise—Peaceful Mission2021 of SCO Nations, following which he interacted with the contingent commanders of participating nations and members of the Indian Army contingent.

CDS Rawat lauded their high standards of training and professionalism.

A 200 personnel strong contingent is representing India at the 6th edition of Shanghai Cooperation Organisation’s (SCO) Joint Counter Terrorism Exercise ‘Peaceful Mission’ being hosted by Russia from September 13 to 25.

The multilateral exercise is conducted biennially as part of military diplomacy between SCO member states, said a statement of the Ministry of Defence on Wednesday.

The aim of the exercise is to foster close relations between SCO member states and to enhance abilities of the military leaders to command multi-national military contingents, it stated.