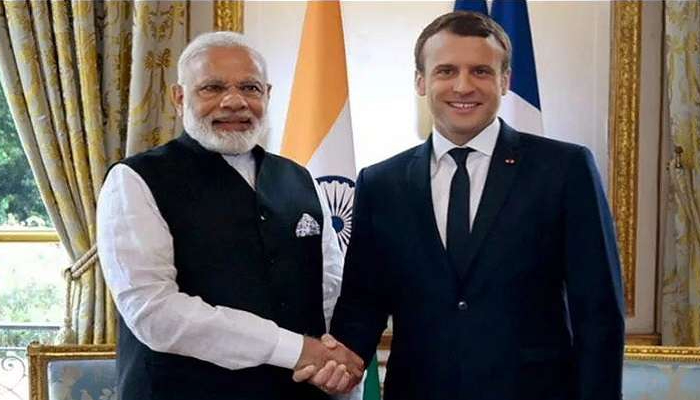 In this context, they shared their concerns about possible spread of terrorism, narcotics, illicit weapons and human trafficking, as well as the need to ensure human rights, rights of women and minorities.

They reviewed the increasing bilateral collaboration in the Indo-Pacific region, and the important role that the India-France partnership plays in promoting stability and security in the region.

The leaders agreed to maintain close and regular consultations, in the spirit of the India-France Strategic Partnership, which both countries cherish deeply.

The conversation between the two leaders has taken place at the time when France has expressed its unhappiness with its NATO partners--the US and Australia over the submarine issue.

Last week, France recalled its ambassadors from the United States and Australia after Australia cancelled its previous nuclear submarine deal with Paris.

Australia said it would scrap an earlier 2016 deal with France's Naval Group to build a fleet of conventional submarines, and would instead build at least eight nuclear-powered submarines with US and British technology after striking a trilateral security partnership. France called it a stab in the back.