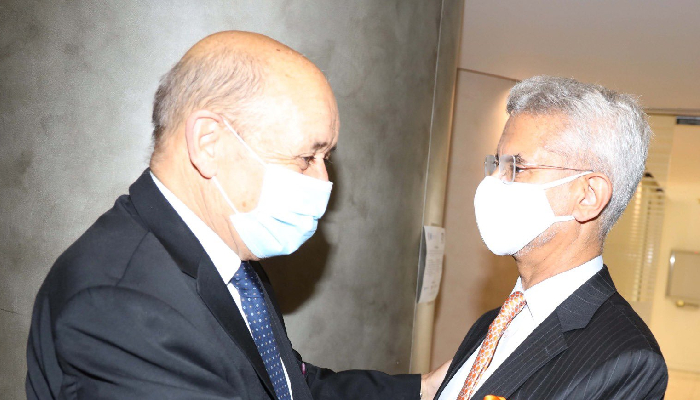 India and France, enjoying warm relations, are sharing close partnership inside the UNSC too

Tweeting about this meeting, the EAM wrote: “Began the day meeting with our Strategic Partner France. A comprehensive discussion with FM @JY_LeDrian on Afghanistan, Indo-Pacific and other contemporary issues.”

The EAM also tweeted, “India and France are solid partners in the UN Security Council.”

The meeting has taken place at the time when France is disappointed with its NATO partners--the US and Australia over the submarine issue.

Last week, It recalled its ambassadors from the United States and Australia after Australia cancelled its previous nuclear submarine deal with Paris.

Australia said it would scrap an earlier 2016 deal with France's Naval Group to build a fleet of conventional submarines, and would instead build at least eight nuclear-powered submarines with US and British technology after striking a trilateral security partnership. France called it a stab in the back.