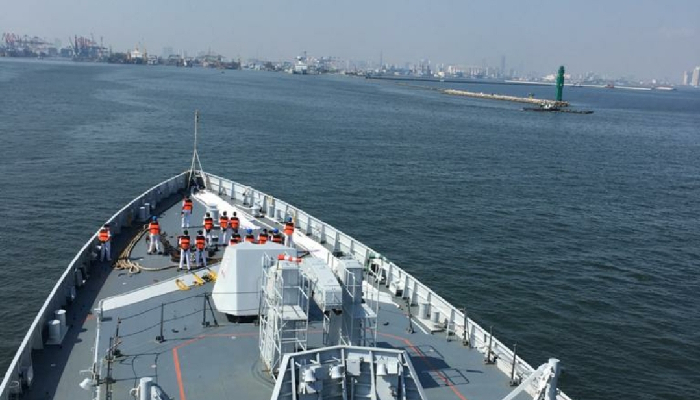 The Indian Navy and the Indonesian Navy are participating in the third edition of the naval exercise Samudra Shakti which began on Monday.

The exercise is being held off the approaches to Sunda Strait from September 20 to 22.

The drill aims to strengthen the bilateral relationship, enhance mutual understanding and interoperability in maritime operations between the two navies.

The exercise will also provide an appropriate platform to share best practices and develop a common understanding of Maritime Security Operations.

The participating Indian Naval Ships Shivalik and Kadmatt had arrived at Jakarta on Saturday.

They are amongst the latest indigenously designed and built multi-role Guided Missile Stealth Frigate and Anti-Submarine Corvette respectively. The two form part of the Indian Navy’s Eastern Fleet, based at Visakhapatnam, under the Eastern Naval Command.

The Indonesian Navy is being represented by KRI Bung Tomo, KRI Malahayati and Maritime Patrol and Reconnaissance Aircraft CN-235.

Exercise ‘Samudra Shakti’ was conceived in 2018 as part of India’s Act East Policy. It has matured in complexity over the last two editions.

The 3rd edition of Exercise Samudra Shakti exercise is being conducted in a Covid-safe environment.