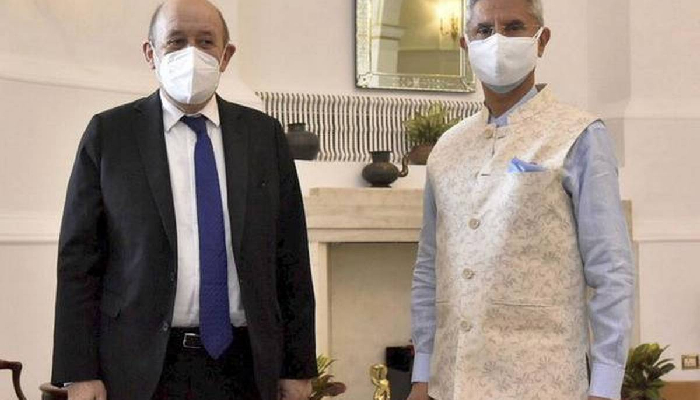 Using his twitter handle, the EAM tweeted: “Discussed recent developments in the Indo-Pacific and Afghanistan with my friend FM @JY_LeDrian. Looking forward to our New York meeting.”

The call comes a day after France recalled its ambassadors from the US and Australia amid submarine deal outrage. Foreign Minister Jean-Yves Le Drian said the ambassadors were recalled for consultations.

Le Drian also said Australia's decision to cancel the submarine development programme with Paris and announcement of a new partnership with the US constitute unacceptable behaviour between allies and partners, reported Euronews.

Earlier this week, Canberra announced that it was scrapping a multi-billion purchase of French conventional submarines in favour of nuclear subs built with US technology.

The deal was announced on Wednesday by the US, the UK and Australia on the launch of the trilateral security pact “AUKUS”.