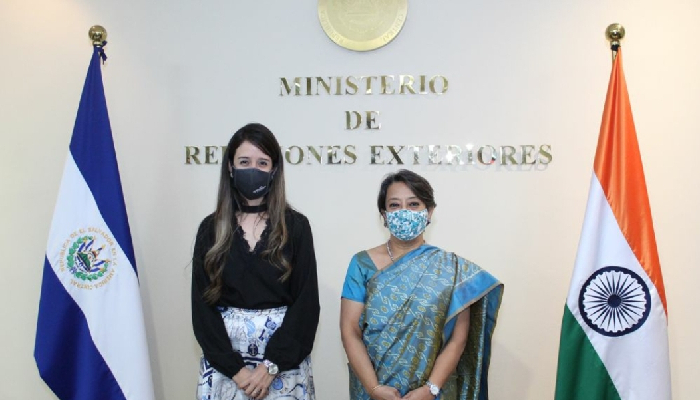 They also discussed areas like infrastructure, culture, consular and development partnership at the 3rd Foreign Office Consultations between the two countries in San Salvador, said the Ministry of External Affairs (MEA) in a press release.

The Indian side was led Secretary (East) in the MEA Riva Ganguly Das, and the El Salvadoran side was led by Vice Minister of Foreign Affairs, Integration and Economic Promotion Ambassador Adriana Maria Mira.

During the FOC, both sides noted the warm and friendly relations between the two countries.

Both sides decided to exchange best practices in the area of public diplomacy.

The two sides also exchanged views on regional and international issues of common interest including cooperation in the United Nations and agreed to work closely in the multilateral arena.

The talks were held in friendly and warm atmosphere. Both sides agreed to work closely together to expand and further strengthen their bilateral relations.
Attachments area