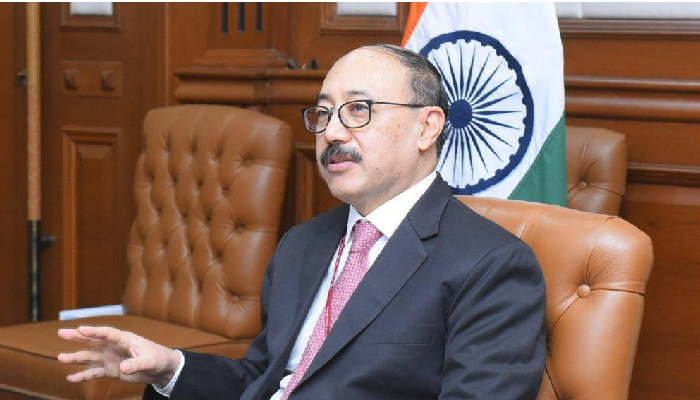 In order to address vaccine inequity and promote the interests of the developing world, the Foreign Secretary said India, along with South Africa, has proposed the TRIPS waiver for vaccine production in developing countries.

“While this issue is being deliberated in the WTO, we stand ready to partner with interested countries for the transfer of technology and manufacture of COVID-19 vaccines indigenously developed in India,” the Foreign Secretary said.

He informed the gathering that under the Quad framework, India is also partnering with Australia, Japan and the United States to expand the vaccine manufacturing capacity in the Indo-Pacific region.

“We are proactively considering cooperation in critical areas of genomic surveillance and clinical trials,” he said.

On the climate change front, the Foreign Secretary said: “I am pleased to convey that India is not only meeting its Paris Agreement targets, but also exceeding them and has pioneered initiatives such as the International Solar Alliance and the Coalition for Disaster Resilient Infrastructure, both of which bring several Commonwealth members within their fold.”

He also informed the gathering that India has also opened a ‘Commonwealth Sub Window’ of US $ 50 Million to provide grants-in-aid to Commonwealth members for projects related to UN SDGs and Climate Action. “It is very encouraging to note that several projects have already been approved under this initiative,” the Foreign Secretary said.