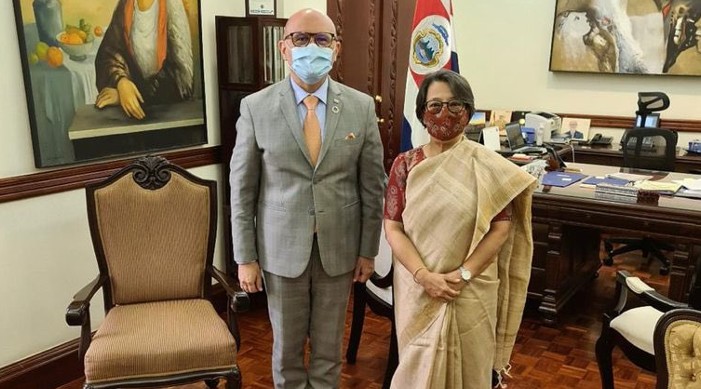 India and Costa Rica agreed to strengthen cooperation in trade and investment, health and pharma, Science and Technology and development partnership at the third round of Foreign Office Consultation (FOC) between the two countries that was held in San Jose on Thursday.

It stated that both sides reviewed the entire gamut of the bilateral relationship and expressed satisfaction at the progress made so far.

As per the MEA, the Costa Rican side agreed to consider easing the visa process for Indian professionals and their family members including spouses and dependents.

Regional and International issues of mutual interest were also discussed, it noted.

It informed that the talks were held in a friendly and cordial atmosphere.

Both sides agreed to hold the next round of consultations at a mutually convenient date, said the MEA statement.