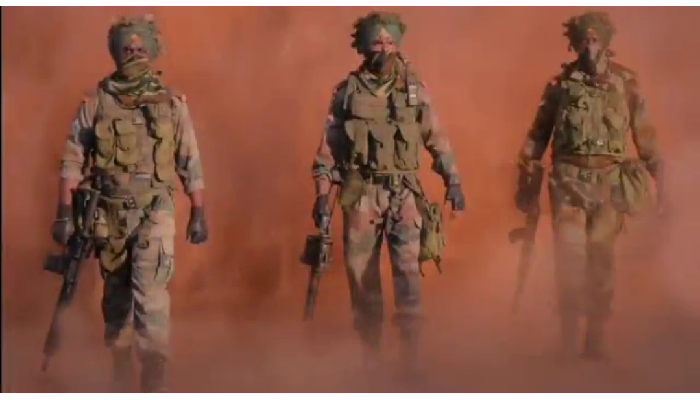 Screengrab from a video shared on social media by the Indian Army.

India is participating in the 6th edition of Shanghai Cooperation Organisation’s (SCO) Joint Counter Terrorism Exercise ‘Peaceful Mission’ being hosted by Russia. It is being held in the Orenburg Region from September 13 to 25.

The multilateral exercise is conducted biennially as part of military diplomacy between SCO member states, said a statement of the Ministry of Defence on Wednesday.

The aim of the exercise is to foster close relations between SCO member states and to enhance abilities of the military leaders to command multi-national military contingents, it stated.

The Indian military contingent comprising an all arms combined force of 200 personnel which includes 38 personnel from the Indian Air Force is participating in the Exercise PEACEFUL MISSION -2021.

The Indian contingent was inducted to the exercise area by two IL-76 aircraft.

Prior to their departure, the contingent underwent training and preparation under the aegis of South Western Command.

According to the statement, the exercise will enable sharing of best practices between the Armed Forces of SCO nations.

It will also provide an opportunity to the Armed Forces of SCO Nations to train in Counter-Terrorism Operations in an urban scenario in a multinational and joint environment, it added.

The scope of the exercise includes professional interaction, mutual understanding of drills & procedures, establishment of joint command & control structures and elimination of terrorist threats, the statement pointed out.

It said that exercise Peaceful Mission 2021 is a landmark event in military interactions and global cooperation to counter-terrorism.