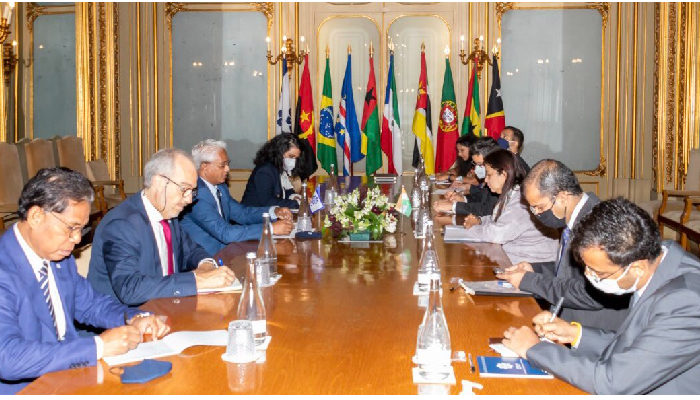 India and Portugal signed the “milestone” bilateral agreement on the recruitment of Indian citizens to work in Portugal.

It was signed during Minister of State for External Affairs Meenakshi Lekhi’s three-day (September 12-14) official visit to Lisbon, the Ministry of External Affairs said in a statement on Wednesday.

Portugal is the first European country with which India has signed a dedicated agreement on labour mobility. This is also the first such agreement signed by Portugal outside the EU.

The agreement sets out the procedures for recruitment of Indian workers and professionals in Portugal and will open up new employment opportunities for Indians, while further strengthening the socio-economic linkages between the two countries.

During the visit, MoS Lekhi had an in-depth review of the bilateral relations with her counterpart, the Secretary of State for Foreign Affairs and Co-operation Francisco Andre, the MEA said.

Minister Silva also referred to the successful India-EU Leaders Meeting in Porto in May this year and stressed on the early implementation of its outcomes in Brussels.

The MoS called for greater focus on enhancing and diversifying bilateral economic and commercial relations with Portugal and reiterated the urgency regarding mutual recognition of vaccinations and vaccine certificates for resumption of political, business and people-to-people engagements.

In her meeting with the Minister of Culture of Portugal Dr. Graca Fonseca, MoS Lekhi explored avenues of cooperation in the field of culture such as exchange of youth and literary delegations, establishment of Maritime Heritage Gallery at Lothal under the MOU signed with Portugal in February 2020, capacity building in heritage conservation, archives and museology and training of trainers in related skills.

This was the first high-level interaction between India and the CPLP, since India’s joining the CPLP as an Associate Observer at the Luanda Summit in July 2021.

The MoS conveyed India’s commitment towards intensifying cooperation with Lusophone countries as per the expressed objectives of the CPLP.

During the visit, Lekhi also interacted with the Indian diaspora and participated in the Azadi ka Amrut Mahotsav celebrations marking the rich cultural heritage of India organised by the Embassy of India in Lisbon.

She spoke about the role of the diaspora community in preserving Indian culture and building strong bonds between India and the world in the spirit of Vasudhaiva Kutumbakam.

India’s traditional relations with Portugal are marked by warmth and friendship and have assumed dynamism in recent years with mutual understanding and support from the leadership.

The two countries have active and growing cooperation in the field of economy & business, science, defence, people to people relations and culture, despite disruptions caused by the Covid-19 pandemic.

The visit, which was the first Ministerial-level visit from India since the onset of the pandemic, provided further impetus to India’s growing relations with Portugal and the EU.