‘Democracy is incomplete without delivery’: Jaishankar on International Day of Democracy 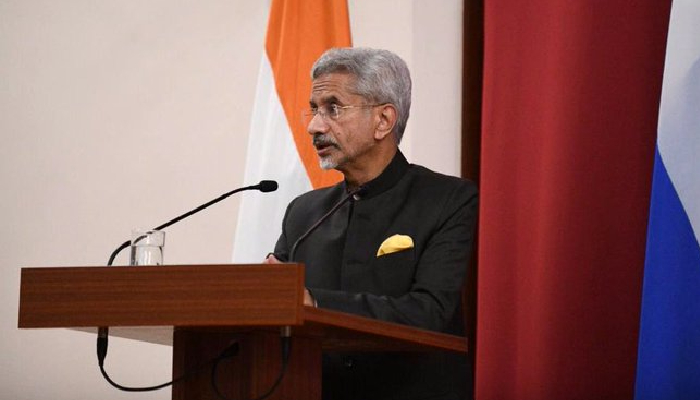 Faithful reflection of society in its elected representatives is what gives any democracy real strength, said Jaishankar

External Affairs Minister S Jaishankar on Wednesday said democracy is not just incomplete without delivery, it can even affect its credibility.

“The equality of the vote must necessarily co-exist with the equity of human dignity. One is pointless without the other. Seen in that framework, India’s ongoing accomplishments are validating its democratic credentials,” Jaishankar said in his remarks on International Day of Democracy at the international webinar on 'Independent India@75: Democratic Traditions' conducted by Indian Council for Cultural Relations.

The EAM pointed out whether it is providing access to toilets, electricity and piped water, or in the near universalisation of bank accounts, democratic means are now realizing democratic ends.

He said, “It is appropriate that the International Day of Democracy is commemorated with particular enthusiasm in the world's largest and most energetic democracy.”

After all, for India, democracy was not just a choice it made in 1947, but a way of life well before that. Few societies can compare with the pluralism that has been our historical characteristic.

“Forms of ballots and representative government have a long tradition in India. Some 2,500 years ago, the Lichchhavi Republics had developed a consultative and democratic process of governance, he pointed out. Similarly, village panchayats with delegates gathering for a type of local grand assembly was an established custom in the 10th century Chola era,” Jaishankar said.

Indeed, variations of community-based exercises of rights and responsibilities and broad participation existed in many regions. They speak of our inherent attributes of transparency, diversity and pluralism.

He said contemporary India's sense of pride in its electoral democracy is visible. “We contrast the vigour and credibility of our systems with those who have rejected such exercises as much as those who practise them imperfectly,” Jaishankar maintained.

“The consciousness of the power of an individual’s vote even among socially and economically underprivileged voters – or perhaps more so among them – is a statement of how precious and hard-earned this privilege remains. Every five years, a general election in India sets a new record for the world’s largest such festival,” the EAM added.

In 2019, 912 million people were eligible to vote – more than all other democracies combined. Two of every three voters made the effort to go to the polling station, a contrast to indifference in many other societies.

“The quality and morality of democracy, however, lies beyond just numbers. It can be found in the transitioning of Indian society to a deeper, more culturally rooted and authentic identity”, the EAM said.

He highlighted that democracy has both driven this process and in turn, been enriched by it. Indeed, a faithful reflection of society in its elected representatives is what gives any democracy real strength. And that is what we see in India today.