India’s approach to Kabul will be guided by friendship with Afghan people: FS Shringla 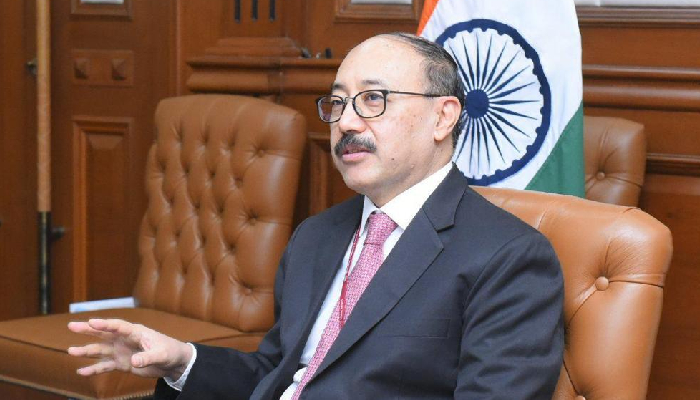 “Our long-standing investment in the people of Afghanistan has earned us tremendous goodwill and cemented the civilisational bond between our two countries,” Shringla said

“Our long-standing investment in the people of Afghanistan has earned us tremendous goodwill and cemented the civilisational bond between our two countries,” Shringla said

“As a neighbouring country of Afghanistan, we are naturally concerned about the developments within that country and their external repercussions. India has a civilisational relationship with the Afghan people and those long-standing links guided and will continue to guide our approach,” Foreign Secretary Harsh Vardhan Shringla said in his remarks at the virtual symposium on ‘Glancing Back, Gazing Beyond: Understanding Afghanistan.’

Talking about UNSC resolution 2593, he said it unequivocally demands that Afghan territory not be used for sheltering, training, planning or financing terrorist acts; and specifically refers to terrorist individuals proscribed by the UN Security Council, including Lashkar-e-Tayyiba and Jaish-e-Mohammad.

The Foreign Secretary added the resolution also sets expectations on safe passage and secure departure of Afghans and all foreign nationals from Afghanistan.

“There is recognition of the need to uphold human rights, including of women and minorities, and to encourage all parties for an inclusive, negotiated political settlement. There is reaffirmation for responding to the desire of Afghans to sustain and build on Afghanistan’s gains over the last twenty years,” he said.

“Our collective approach has been articulated by UNSCR 2593. It is only by remaining true to the principles professed therein that we can make a meaningful contribution to Afghanistan at this time. We expect the international community to remain both responsive and united at a time of crisis,” the Foreign Secretary maintained.

With regard to developmental activities in Afghanistan, he said India has partnered with the landlocked nation on more than five hundred projects spread in 34 provinces of the country.

“Under our development assistance programme, we have built primary and secondary schools, colleges and universities across Afghanistan. More than 65,000 Afghan students have studied in India. Afghanistan is one of the largest beneficiaries of the Government of India’s ITEC scholarships,” the Foreign Secretary said.

He further said that Afghanistan was accorded primacy in the supply of Covid-19 vaccines under India’s Vaccine Maitri initiative in the neighbourhood. “We have also reached out with humanitarian food assistance worth millions of tonnes of wheat to Afghanistan,” he added.