India is monitoring developments in Afghanistan with “understandable” concern: Jaishankar 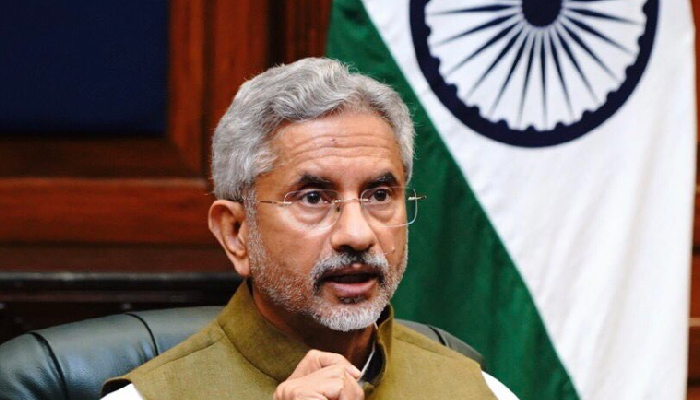 India's own approach to Afghanistan has always been guided by its historical friendship with its people, EAM Jaishankar said

External Affairs Minister S Jaishankar on Monday said India as an immediate neighbour of Afghanistan is monitoring developments in the land-locked country with understandable concern.

Speaking at the UN High-Level Meeting on the Humanitarian situation in Afghanistan 2021, he said the war-ravaged country is passing through a critical and challenging phase.

Referring to the UNDP’s recent assessment that there is an imminent threat of poverty levels rising from 72 to 97% in Afghanistan, he said it would have catastrophic consequences, not just in our collective fight against poverty, but also for regional stability.

While this situation needs to be addressed, he said travel and safe passage proving as an obstacle to humanitarian assistance in Afghanistan should be immediately sorted out.

“Those who wish to travel into and out of Afghanistan should be granted such facilities without obstruction,” EAM Jaishankar said.

Highlighting the importance of the normalization of regular commercial operations at the Kabul airport, he said this would become the basis for a regular flow of relief material.

“This would also accelerate activities that would complement domestic relief measures,” he said. Yet he said, “Among the challenges that the current situation poses is that of efficient logistics.”

The EAM also said that the UNSC resolution 2593 should guide the international community’s approach towards Afghanistan in the coming days.

India's own approach to Afghanistan has always been guided by its historical friendship with its people and this will continue, he said while adding that in the past too, India has contributed to the humanitarian requirements of that society.

“This included providing more than 1 million metric tonnes of wheat to Afghanistan over the past decade. Last year too, he said India has assisted Afghanistan with 75,000 metric tonnes of wheat. India has also partnered with the World Food Programme for distribution of high protein biscuits over several years. This innovative scheme particularly supported vulnerable school going children of Afghanistan” the EAM maintained.

He said India has invested more than US dollar 3 billion for the welfare of the people of Afghanistan and has undertaken 500 projects in critical areas of power, water supply, road connectivity, healthcare, education, agriculture and capacity building.

The EAM further said that India is willing to stand by the Afghan people at the time when the landlocked nation is in the midst of a grave emerging situation. He called on the international community to come together “to create the best possible enabling environment in Afghanistan.