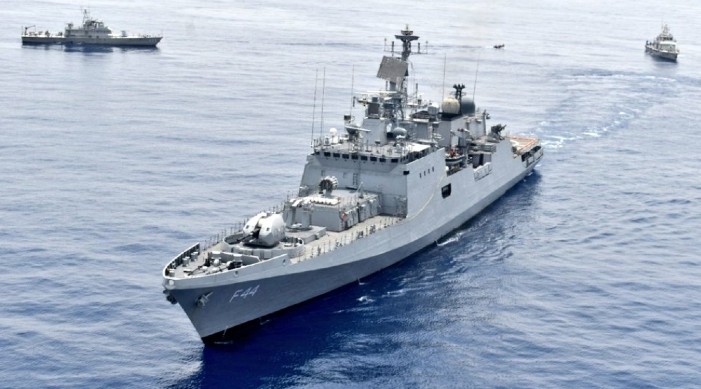 INS Tabar participates in the exercise in the Red Sea. (Source: Twitter @indiannavy)

Indian Naval Ship (INS) Tabar, on its ongoing deployment to Europe and Africa, conducted India’s maiden maritime partnership exercise with Sudanese Navy Ships Almazz and Nimer in the Red Sea off the Sudanese Coast on Friday.

The Indian Navy posted images of the maiden maritime partnership exercise between the navies of Sudan and India on Twitter.

“Maiden #MaritimePartnership Exercise between #IndianNavy & #SudaneseNavy. #INSTabar undertook wide range of Naval ops with Sudanese Navy ships, Almazz & Nimer on 10 Sep 21 in the Red Sea off the Sudanese coast.#Interoperability #MaritimeSecurity,” said the Twitter post by the Spokesperson of the Indian Navy on Saturday.

INS Tabar is a Talwar-class stealth frigate and forms part of the Indian Navy's Western Fleet which is based at Mumbai under the Western Naval Command.

The ship is currently commanded by Captain Mahesh Mangipudi and has a complement of over 300 personnel. It is equipped with a versatile range of weapons and sensors and is among the earliest stealth frigates of the Indian Navy.

INS Tabar’s participation in a maritime partnership exercise with Sudanese Naval Ships is in continuation with the Indian Navy’s practice to deploy Indian warships for overseas exercises.

During its deployment, the Indian Naval Ship has already called on ports in Egypt, Italy, Spain, Norway, Sweden and France and has conducted naval exercises with the navies of these countries.

Last week, INS Tabar had conducted a maritime partnership exercise with an Egyptian Naval Ship in the Mediterranean Sea.

The exercise was significantly beneficial in enhancing interoperability between the two navies and widened the scope for combined operations against common maritime threats in future.