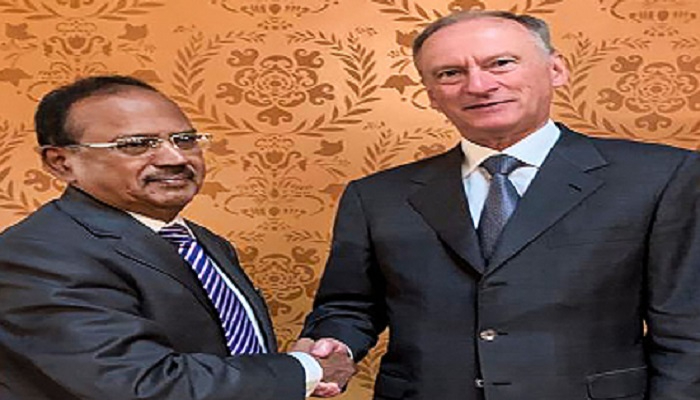 Secretary of the Security Council of Russia, General Nikolay Patrushev is visiting India on Wednesday for the two-day (September7-8) High Level India-Russia Intergovernmental Consultations on Afghanistan. He is visiting India at the invitation of National Security Adviser Ajit K Doval.

According to the Ministry of External Affairs, the High Level Consultations are
a follow-up to the telephone conversation between Prime Minister Narendra Modi and Russian President Vladimir Putin on August 24, 2021.

During that conversation, the two leaders had expressed the view that it was important for the two strategic partners to work together and instructed their senior officials to remain in touch on Afghanistan.

Earlier on Monday, Russian ambassador to India Nikolay Kudashev said that there is “ample scope” for cooperation between India and Russia on Afghanistan and both sides have been in regular touch with each other on the latest developments in the war-torn country.

He also said that Russia is as much concerned as India that the Afghan soil should not be a source of spreading terrorism to other countries and there is a danger of terror being spread to the Russian territory as well as Kashmir.

The Russian ambassador also said that there is not much difference in the overall position of Russia and India on Afghanistan and noted that Moscow’s approach in giving a recognition to a Taliban-led regime would depend on its actions.