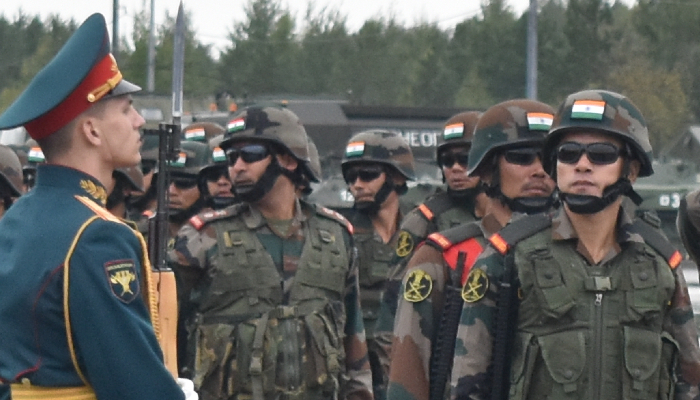 Opening ceremony for the India-Russia joint military exercise ‘ZAPAD -2021’ was held on Thursday in Novgograd region in Russia.

The 13-day long exercise which began on September 4, aims to train troops to undertake joint operations in conventional battlefield scenarios.

According to the Ministry of Defence, the exercise also aims at strengthening long standing strategic partnership between India and Russia and also better understanding, cooperation with all other participating nation

As part of the exercise, important lectures, drills and demonstrations related to both Counter Terrorism and Conventional operations will be conducted.

The Armies of all participating nations will also be sharing their valuable experiences in varied theatres as also refine their drills and procedures for joint operations.

The exercise will culminate on September 16, 2021 with a fire power demonstration by the Russian Armed Forces.

During the course of the exercise, the Contingents will also participate in various sporting and cultural events.

Earlier, the ceremony commenced with the Guard of Honour by the Russian Army followed by a march past of participating contingents.

The contingents were addressed by General Nikolay Pankov, Deputy Minister of Defence of the Russian Federation and General of the Army.