Jaishankar to visit Denmark on September 4-5 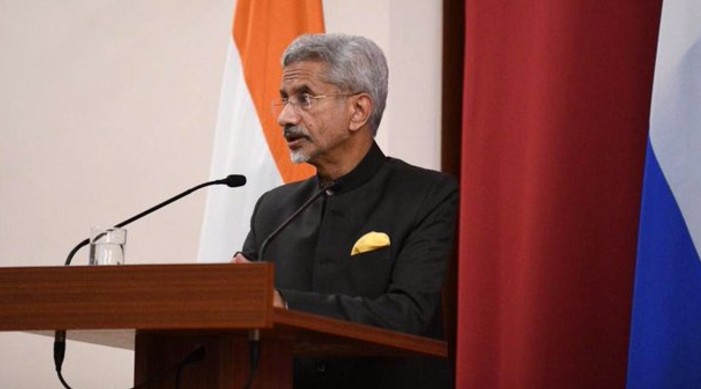 External Affairs Minister S. Jaishankar will pay an official visit to Denmark from September 4-5, a statement released by the Indian embassy in Denmark on Thursday, said.

During his visit, the EAM will hold bilateral talks with Jeppe Kofod, Foreign Minister of Denmark and co-chair the 4th Joint Commission Meeting between the two countries.

The EAM will have an audience with Queen Margrethe II and a courtesy meeting with Prime Minister of Denmark, Mette Frederiksen, the embassy said.

The Joint Commission Meeting will undertake a comprehensive review of the bilateral cooperation under the Green Strategic Partnership which was established during the Virtual Summit between Prime Minister Narendra Modi and Prime Minister of Denmark Mette Frederiksen in September, a landmark moment between the two countries which established a unique template of bilateral cooperation for the world to emulate.

The visit of the EAM will provide an opportunity for reviewing the progress in the bilateral ties and further strengthening of the multifaceted relationship between India and Denmark, the embassy said.

Bilateral ties between India and Denmark have continued to develop and expand rapidly in recent years. The 70th anniversary of diplomatic relations between the two countries was marked in 2019.

The year 2020 marked the 400th anniversary of the first interaction between the peoples of India and Denmark, with the establishment of the first trading post in Tranquebar by Denmark in 1620.

EAM Jaishankar is visiting Slovenia, Croatia and Denmark to review the progress in India's bilateral ties with the three Central European countries. His visit will also provide an opportunity for strengthening the multifaceted relationship with the EU.

Jaishankar will be in Slovenia on September 2-3. He will visit Croatia on September 3 and will finally head towards Denmark in the last leg of his three-nation tour.