Afghanistan crisis: Will India continue to wait and watch? 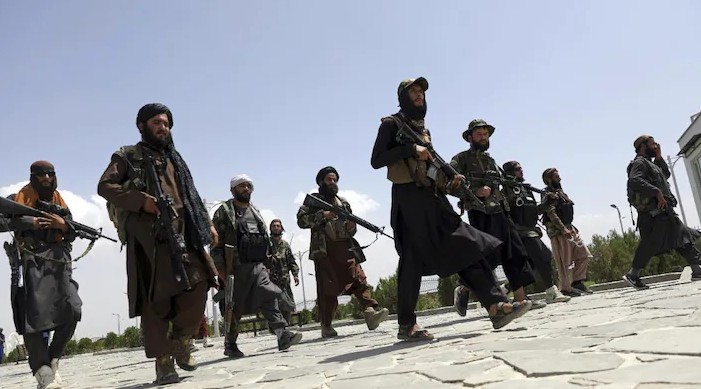 Afghanistan has been a safe haven for Al-Qaeda, Islamic State-Khorasan, Haqqani Network and Tehrik-e-Taliban Pakistan

With the Taliban sharing close ties with Pakistan’s ISI and the Haqqani network, New Delhi is worried about the security situation in the region

The US withdrawal from Afghanistan and the Taliban taking full control of the landlocked country has opened the gates for many uncertainties. While India’s investments and infrastructure in Afghanistan are at stake, the Taliban takeover has raised many security related concerns for New Delhi.

As a neighbour with historical people-to-people contacts, India cannot remain indifferent to Afghan developments. While Indian security officials and diplomats are understood to have engaged with the Taliban representatives for several months, this is the first time the government has publicly acknowledged such a meeting.

The Ministry of External Affairs on Tuesday announced that its Ambassador to Qatar Deepak Mittal met with the head of the Taliban’s political office, Sher Mohammad Abbas Stanekzai.

"The meeting focused on safety, security and early return of Indian nationals stranded in Afghanistan. The travel of Afghan nationals, especially minorities, who wish to visit India also came up,” a statement issued by the MEA said.

Many Indians still stranded in Kabul

Safe evacuation of all Indians from Afghanistan still remains a priority for India. With the US troops gone, Kabul airport is under control of the Taliban. About 140 Indians and members of the Sikh minority still remain in Kabul, and need to be brought back.

India has thus far transported more than 550 people, excluding members of Indian diplomatic mission from Afghanistan. The government has security concerns and is strictly regulating any visas.

According to the MEA statement, the Taliban leader assured the Indian Ambassador that all concerns would be “positively addressed”.

India’s infrastructure and investment in Afghanistan at stake

India is in a dilemma whether to engage with the Taliban or not. New Delhi is looking at all possible ways to secure Indian interests in the war-torn nation.

India had earlier this year announced that it would build a second major dam in Afghanistan, after the India-Afghanistan Friendship Dam. India had also built the Parliament building in the Afghan capital. Questions will also be raised on the viability of India developing the Iranian port of Chabahar which had so far given New Delhi sea-land access to Afghanistan.

In view of the incidents under the Taliban’s previous regime in the late 1990s, a myriad of questions have arisen over the issue of peace and stability in the entire region. Afghanistan has been a safe bastion for terror groups like Al-Qaeda, Islamic State-Khorasan Province (ISKP), Haqqani Network, and Tehrik-e-Taliban Pakistan (TTP).

In particular, India has concerns about the Haqqani group, which is a part of the Taliban. Taliban Deputy leader Sirajuddin Haqqani was responsible for attacks on the Indian Embassy in Kabul in 2008-2009. The attacks had left more than 75 people, including Indian diplomats, dead. It is also believed that the Taliban are a proxy of Pakistan.

Everyone is talking about Pakistan’s secret affair with the Taliban. The world is surprised at the Taliban's lightning victory against the Afghan National Army. The U.S. military supplied arms and spent years training Afghan soldiers to fight insurgents.

Yet in a matter of days, the Afghan National Army collapsed. Many Pakistanis celebrated the Taliban's victory in the country. Several Islamist organisations in Pakistan distributed sweets after the Taliban took over Kabul.

Recently, a rally was organised in Pakistan Occupied Kashmir (PoK) by supporters of the Taliban. Videos have emerged from the area which show cadres of Pakistan-based terror groups Jaish-e-Mohammad and Lashkar-e-Taiba taking part in the rally and firing celebratory shots in the air.

India had to free three Pakistani terrorists in exchange for the safe return of the passengers and the Taliban allowed the hijackers and the released prisoners to go to Pakistan. This incident is a prime example of what Pakistan’s state-sponsored terror groups and the Taliban can do together.

There is a fear that Afghanistan under the Taliban will become a safe haven and training ground for the terror groups active in Pakistan.