UNSC adopts resolution on Afghanistan; demands territory not to be used against any country 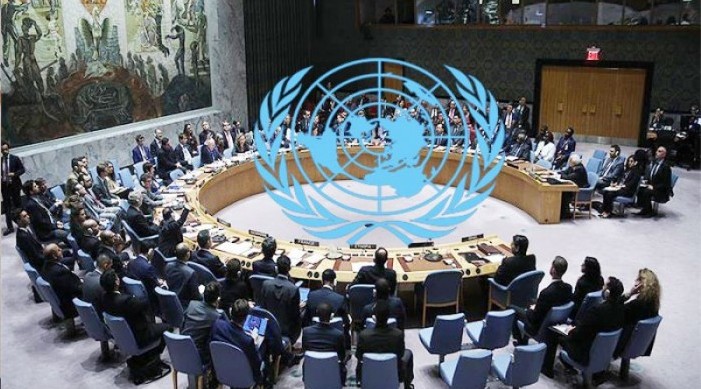 The United Nations Security Council under the Presidency of India on Monday adopted a resolution on the situation in Afghanistan demanding that the war-torn country not be used to threaten or attack any nation or shelter terrorists.

The resolution was adopted after 13 Council members voted in favour, while permanent members Russia and China abstained from the voting.

The UNSC resolution 2593 (2021) condemned in the strongest terms the deplorable attacks of 26 August near Hamid Karzai International Airport in Kabul, Afghanistan, which were claimed by the Islamic State in Khorasan Province, an entity affiliated with the Islamic State in Iraq and the Levant (Da’esh).

Also, it noted the Taliban's condemnation of this attack that resulted in deaths and injuries of over 300 civilians and 28 military personnel.

The resolution demanded that the Afghan territory not be used to threaten or attack any country or to shelter or train terrorists, or to plan or to finance terrorist acts.

It reiterated the importance of combating terrorism in Afghanistan, including those individuals and entities designated pursuant to resolution 1267 (1999), and noted the Taliban’s relevant commitments.

Further the resolution states that the council expects the Taliban to allow a ‘safe, secure, and orderly departure from Afghanistan of Afghans and all foreign nationals’.

Referring to August 27 Taliban statement in which the group said Afghans would be able to travel abroad, and leave Afghanistan any time they want to, including by any border crossing, both air and ground, the resolution said that the Security Council ‘expects that the Taliban will adhere to these and all other commitments’.

The Security Council also called for strengthened efforts to provide humanitarian assistance to Afghanistan. It called on all parties to allow full, safe, and unhindered access for the United Nations, its specialized agencies and implementing partners, and all humanitarian actors engaged in humanitarian relief activity.

It reaffirmed the importance of upholding human rights including those of women, children and minorities, encourages all parties to seek an inclusive, negotiated political settlement, with the full, equal and meaningful participation of women that responds to the desire of Afghans to sustain and build on Afghanistan’s gains over the last twenty years in adherence to the rule of law.

The resolution comes on a day when the US has finished its evacuation efforts from Kabul airport ahead of its deadline of August 31.

According to media reports the last US military plane departed Hamid Karzai International Airport on Monday afternoon, ending America’s longest war, a two-decade conflict that had begun following the terrorist attacks of September 11, 2001.

This was the first resolution adopted by the Council on the situation in Afghanistan following the takeover of Kabul by the Taliban on August 15 and came on the penultimate day of India's Presidency of the Security Council for the month of August.

Shringla presided over the Council's deliberations on the Middle East peace process, in particular the Palestinian issue.

India also ‘steered’ discussions and the adoption of three other important mandate extensions of the UN Security Council on Mali sanctions, the United Nations Interim Force in Lebanon (UNIFIL) and the UNSOM (Somalia).

Under India's presidency this month, the Security Council adopted three press statements on Afghanistan on August 3rd, 16th and the 27th.