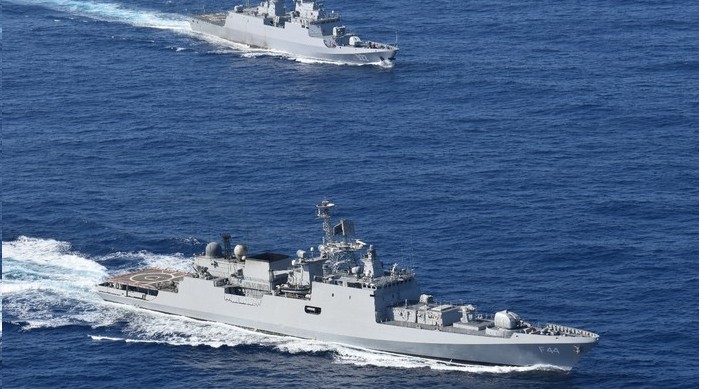 As part of her ongoing goodwill visit to Europe and Africa, INS Tabar took part in a Maritime Partnership Exercise with Algerian Navy ship 'Ezzadjer' on Sunday.

The landmark exercise, held off the Algerian coast, saw participation of a frontline Algerian warship, 'Ezzadjer'.

As part of the exercise, diverse activities including co-ordinated maneuvering, communication procedures and steam past were undertaken between the Indian and Algerian warships.

The exercise enabled the two navies to understand the concept of operations followed by each other, enhanced interoperability and opened the possibility of increasing interaction and collaboration between them in future.

India and Algeria enjoy warm bilateral relations with the two sharing close cooperation on the issue of defence and security, space, counter terrorism, education and others.

Algerian President Bouteflika was the Chief Guest for Republic Day 2001.