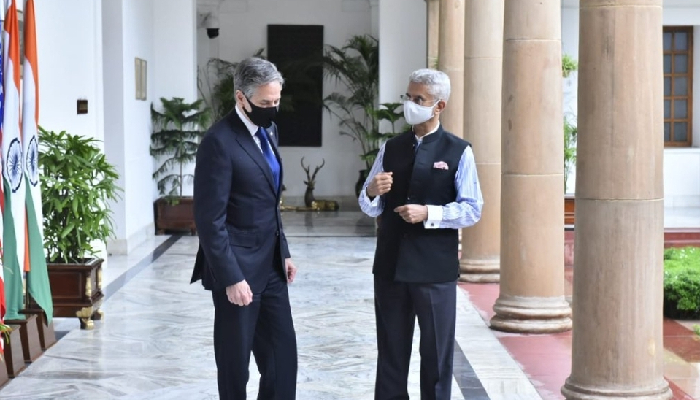 File photo of US Secretary of State Antony Blinken and EAM S Jaishankar.

“Spoke to US Secretary of State @Secblinken. Continued our discussions on Afghanistan. Also exchanged views on the agenda of UNSC,” Jaishankar said in a tweet.

Noting that in their meeting shared priorities including continued coordination on Afghanistan and United Nations was discussed, Blinken said in a tweet that he looks forward to continuing to deepen US-India partnership.

“Spoke with Indian External Affairs Minister @DrSJaishankar today to discuss our shared priorities including continued coordination on Afghanistan and in the United Nations. Look forward to continuing to deepen our partnership,” Blinken tweeted.

The conversation comes after two days of the Kabul airport suicide attack that killed 13 American troops and nearly 170 Afghans. This is the first major attack after the Taliban took control of Kabul on August 15.

US President Joe Biden had vowed to continue evacuations from Afghanistan, and said the US will retaliate against those responsible for the bombings.

India had strongly condemned the deadly bomb blasts near the Kabul airport stating, “Today’s attacks reinforce the need for the world to stand unitedly against terrorism and all those who provide sanctuaries to terrorists.”

Earlier, on Friday terming the current situation in Afghanistan as evolving and fluid, the Ministry of External Affairs had said that it is monitoring the situation. India was maintaining contact with all stakeholders and was in touch with partner countries, the ministry said.