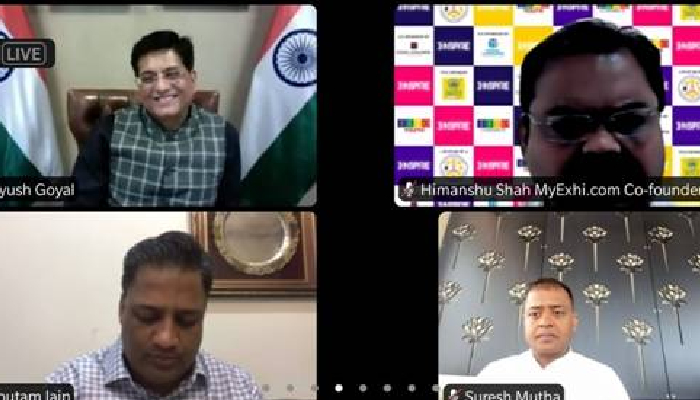 India has emerged as the world’s 2nd most desirable manufacturing destination overtaking US, said the Union Minister

India is fast processing discussions on Free Trade Agreements with countries like the UK, UAE and GCC countries, Australia and the EU, this was informed by Union Minister Piyush Goyal on Saturday while addressing business and trade fraternity through the platform of Jain International Trade Organisation (JITO).

He said that India and the US have agreed to aspire for $500 billion trade in near future. He said the world is looking for a trusted partner and that partner is India's business community.

It may be noted that recently, India emerged as the world’s 2nd most desirable manufacturing destination overtaking the US. This shows the potential & promise of India to become the “Manufacturing hub” of the world. He added that along with that ”we should also become a “Trading hub--The place where the world comes to shop.”

He also said that the country’s policymakers firmly believe in the capabilities of the business community as well as start-ups which can make India the top economy globally in the next 25-30 years.

Lauding the role of all wealth creators of the country, he said, “You are the people who help the government take several social welfare initiatives to the poorest of the poor. He said through a series of programmes, Prime Minister Narendra Modi has transformed the lives of underprivileged, Women and Children of this country. The business community has helped realise the PM’s Vision.”

“Be it Ease of Doing Business or Ease of Living, Be it Transparency or Transfer of Benefits. Today, a robust foundation laid in last 7 years, inspires us to dream big & write our own destiny,” the Union Minister said, adding this is a New India which will be built on mantra of ‘Sabka Saath, Sabka Vikas, Sabka Vishwas & Sabka Prayas’.

Goyal said that every growth parameter is showing an extremely exciting future for the country.

“Whether it is FDI, forex reserves, foodgrain reserves, agriculture production, manufacturing, all sectors are on a growth path. We now need to sprint ahead,” he said.

“The Union Minister said that under the decisive leadership of Prime Minister Narendra Modi, we have aimed to transform India in every field. Be it Ease of Doing Business or Ease of Living, Be it Transparency or Transfer of Benefits. Today, a robust foundation laid in the last 7 years, inspires us to dream big & write our own destiny,” he said.

Goyal said that India’s rise to the top will be backed by Trust, Tenacity & Talent of our Traders.

He said today, India is ready to SPRINT ahead with Stability,Productivity, Resilience, Innovation, Nationalistic spirit &Talent