We’re jumping the gun: MEA on India’s recognition of Taliban rule in Kabul 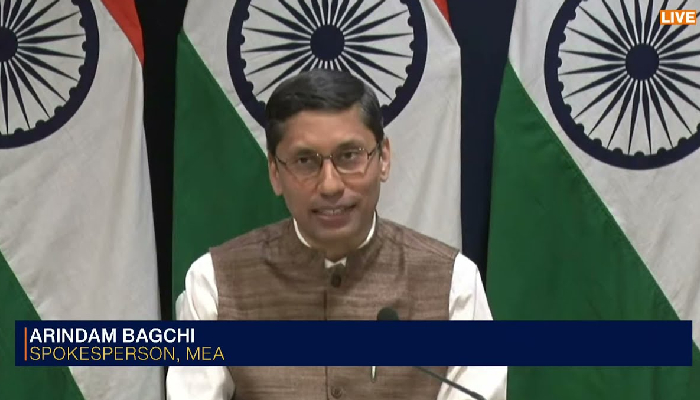 “As of now there was no clarity on any entity forming government in Kabul,” said the MEA

There was no clarity whether any entity was forming a government in Kabul or not, the MEA said on Friday

“Currently, there is a lack of clarity or no clarity on any entity forming a government in Kabul,” Ministry of External Affairs Spokesperson, Arindam Bagchi said during a weekly press briefing.

Responding to a question on whether or not, India will recognize a Taliban-led government in Afghanistan, he said, “Situation on the ground is uncertain. Primary concern is security and safety of people. Currently, there is no clarity about any entity forming a government in Kabul. I think we are jumping the gun regarding recognition.”

He stated that what needs to be seen first is whether the new dispensation in Afghanistan will be solely a government of the Taliban or be part of a power-sharing arrangement with other Afghan leaders.

He said India has been seeking a peaceful, prosperous, democratic Afghanistan. “We are currently monitoring it closely. The current focus is on the security situation of Afghanistan evacuations and seeing how it unfolds. Other countries are in the frame of wait and watch.”

Earlier on Thursday, External Affairs Minister S Jaishankar while briefing an all-party meeting on the Afghanistan situation had underlined that the current stance of India is to wait and watch while simultaneously being engaged with important stakeholders and other countries on the Afghan issue.