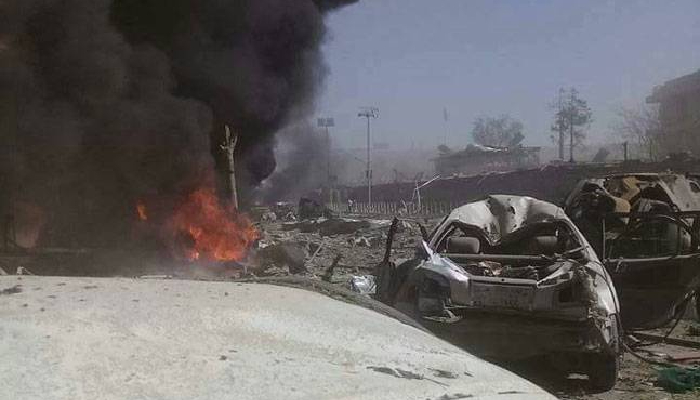 India has strongly condemned the deadly bomb blasts near the Kabul airport in which 60 Afghans, 13 US troops were killed and more than dozen others injured, stating, “ Today’s attacks reinforce the need for the world to stand unitedly against terrorism and all those who provide sanctuaries to terrorists.”

“India strongly condemns the bomb blasts in Kabul today. We extend our heartfelt condolences to the families of the victims of this terrorist attack. Our thoughts and prayers also go out to the injured,” the Ministry of External Affairs said in a statement issued on Thursday.

This is the first major attack after the Taliban took control of Kabul on August 15. As per media reports, at least 60 Afghans, 13 US troops were killed and scores injured in two sucide bomb blasts near Kabul airport on Thursday. One explosion was near an airport entrance and another was a short distance away by a hotel.

According to the US Generals, more such attacks are expected. Kabul airport is under control of the US armed forces and they are assisting the evacuation for those fleeing the Taliban takeover. Media reports suggest the Islamic State Khorasan (IS-K) has taken responsibility for the attacks.

US President Joe Biden has vowed to continue evacuations from Afghanistan, and said the US will retaliate against those responsible for the bombings. “To those who carried out this attack, as well as anyone who wishes America harm, know this -- we will not forgive, we will not forget, we will hunt you down and make you pay,” Biden said.

Thousands are still stranded at the Kabul airport and the latest attacks can delay the evacuation process. Earlier, at least 140 Afghan Sikhs and Hindus and others were stopped by the Taliban from going to the Kabul airport. India has evacuated many stranded diplomats, Afghan nationals, including Hindus and Sikhs from Afghanistan since evacuation flights began. The Ministry of External Affairs and the Indian Air Force have been coordinating the evacuation.