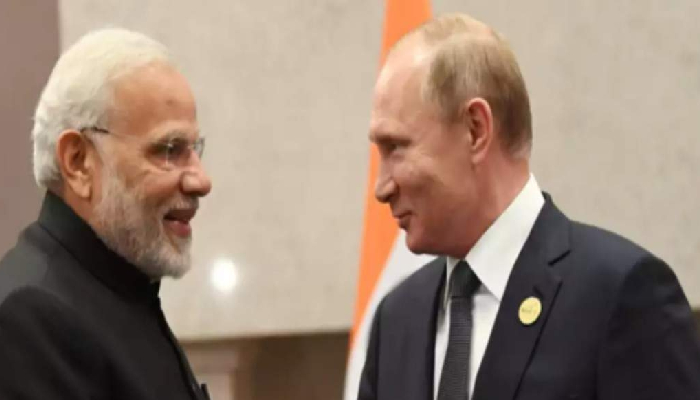 Prime Minister Narendra Modi and Russian President Vladimir Putin on Tuesday spoke to each other on the phone and discussed in detail the evolving situation in Afghanistan.

Informing about this development, Prime Minister Modi tweeted: “Had a detailed and useful exchange of views with my friend President Putin on recent developments in Afghanistan. We also discussed issues on the bilateral agenda, including India-Russia cooperation against COVID-19. We agreed to continue close consultations on important issues.”

This telephonic conversation took place at the time when Afghanistan under the Taliban control is in the throes of a deep humanitarian crisis with thousands of people fleeing the war-torn country out of fear of persecution by the Islamic group.

India has so far evacuated more than 800 people from Kabul in the past one week as the war-ravaged country is witnessing its worst situation in decades. On Tuesday, it brought back another batch of 78 people from Afghanistan.

Both leaders had discussed the unfolding security situation in Afghanistan and its implications on the region and the world.

They emphasized the importance of maintaining peace and security, with the most urgent priority being the repatriation of stranded people.