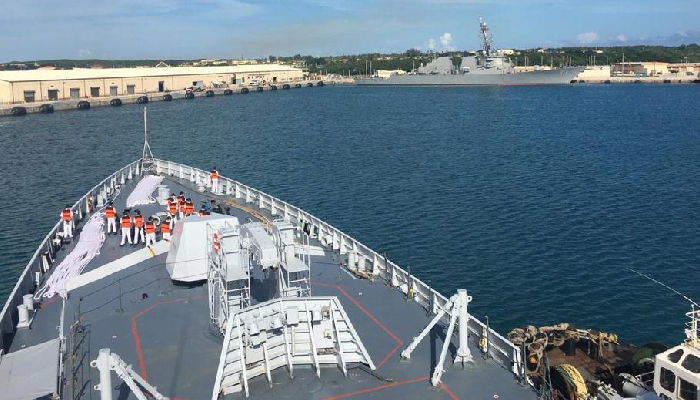 Navies of India, Australia, Japan and the US will undertake four-day annual exercise—MALABAR-21

Indian Naval Ships Shivalik and Kadmatt arrived at Guam, an Island Territory of the US on Saturday as part of their on-going deployment to nations in South East Asia and the Pacific Ocean.

The two ships are scheduled to participate in the annual Exercise MALABAR-21, between navies of Australia, India, Japan and the USA from August 26 to 29 at Guam.

The exercise will provide an opportunity for common minded navies to enhance inter-operability, gain from best practices and develop a common understanding of procedures for Maritime Security Operations.

The conduct of these exercises despite COVID restrictions is a testimony of synergy between the participating navies and commitment to safer seas.

MALABAR series of maritime exercises commenced in 1992 as a bilateral IN-USN exercise and has grown in stature over the years to include four prominent navies in the Pacific and Indian Ocean Region.

The two ships are equipped with a versatile array of weapons and sensors, can carry multi-role helicopters and represent the growth of India's warship building capabilities.