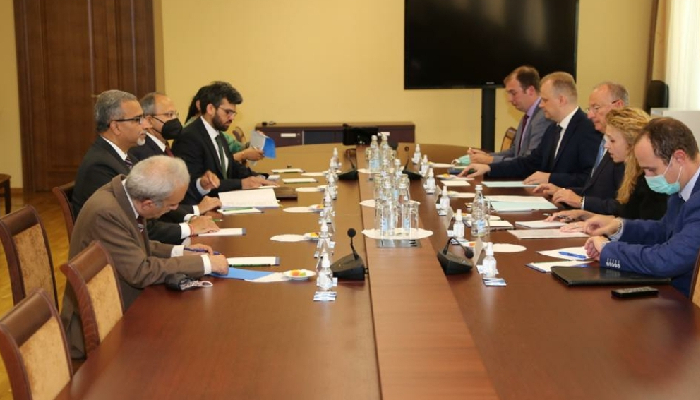 Both sides endorsed the strength of the Special & Privileged Strategic Partnership

In what appears to be building into a coordination between traditional allies India and Russia, the situation in Afghanistan featured prominently in talks by Indian Deputy National Security Advisor Pankaj Saran who is visiting Moscow.

According to reports, India’s envoy to Moscow, B Ventakesh Varma and officials of the National Security Council Secretariat (NSCS) were part of the meeting.

Earlier this week, Secretary Patrushev had told Izvestia daily of Russia that the situation in Afghanistan must be settled through dialogue.

He had said that Russia will focus on the political and diplomatic efforts regarding Afghanistan and will be looking for ways of establishing an inter-Afghani dialogue and a peaceful resolution of the existing problems in the country jointly with our partners.

Patrushev had also stated that Moscow has reinvigorated contacts at the level of security councils, military and special services with the countries located near Afghanistan, first of all, with Tajikistan and Uzbekistan, as well as with China, Iran, India and Pakistan.