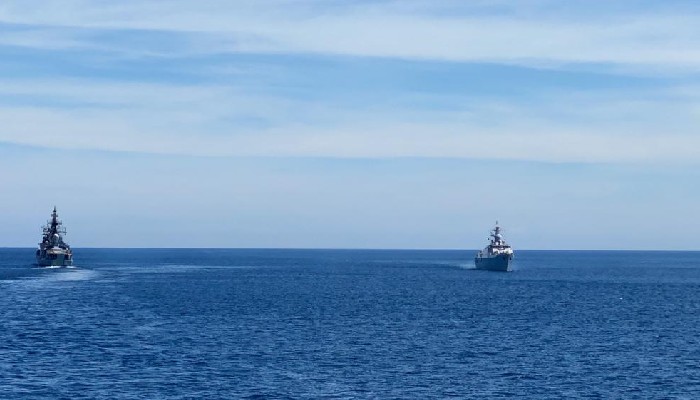 Defence ties between India and Vietnam have been robust

The bilateral interaction aims to consolidate the strong bond shared by the two navies and would be another step towards strengthening India-Vietnam defence relations, the Ministry of Defence said in a statement.

The sea phase included surface warfare exercises, weapon firing drills and helicopter operations. Regular interactions between the two navies over the years have enhanced their interoperability and adaptability.

This has ensured a quantum jump in the complexity and scale of professional exchanges. This visit also holds special importance as Indian Naval ships celebrated the country’s 75th Independence Day in Vietnam.

Earlier in June, the two countries undertook a defence security dialogue and Indian Naval ships have been frequently visiting Vietnamese Ports. Training cooperation between the two navies has been on the rise over the years.

INS Ranvijay is a guided-missile destroyer and the latest of the Rajput class. The ship was commissioned on December 21, 1987 and is equipped with an array of weapons and sensors which includes surface to surface missile, anti-air missiles and guns, heavy weight torpedoes, anti-submarine rockets and capable of carrying anti-submarine helicopters (Kamov 28).

INS Ranvijay is in company with INS Kora which is the lead ship of Kora class missile corvette. The ship is fitted with surface-to-surface missiles and anti-air guns.