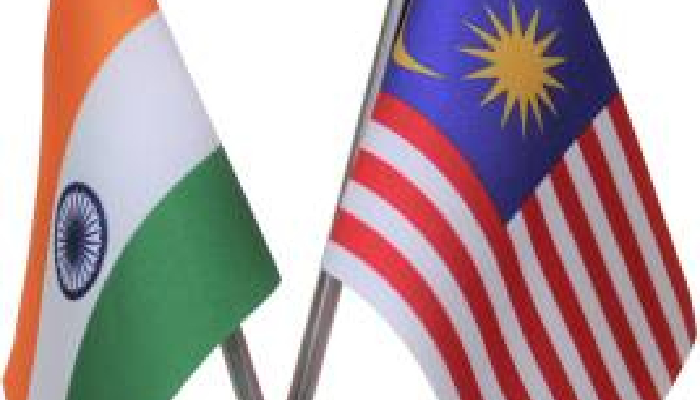 Flags of India and Malaysia (Image for representational purposes)

A webinar and expo between India and Malaysia on the theme ‘Indian Defence Industry Global Outreach for Collaborative Partnership’ was held on August 17, a statement issued by the Ministry of Defence on Wednesday said.

It was organised under the aegis of the Department of Defence Production, the Ministry of Defence through Society of Indian Defence Manufacturers (SIDM).

The webinar was part of the series of webinars being organised with friendly foreign countries to boost defence exports and achieve the defence export target of US $5 billion by 2025.

Joint Secretary, Defence Industries Production (DIP), Ministry of Defence Anurag Bajpai and other senior officials from both countries participated in the webinar.

In his address, the Joint Secretary (DIP) highlighted that Indian defence products are of global standards and extremely cost effective.

He said India has a robust shipbuilding industry with an ecosystem of world class public and private shipbuilding companies.

He emphasised that India is positioning itself as a hub for aircraft maintenance, repair & overhaul activities and both the countries may collaborate in this sector. A knowledge paper prepared by SIDM-KPMG was also released during the webinar.

The webinar was attended by more than 150 delegates. More than 100 virtual exhibition stalls were set up.