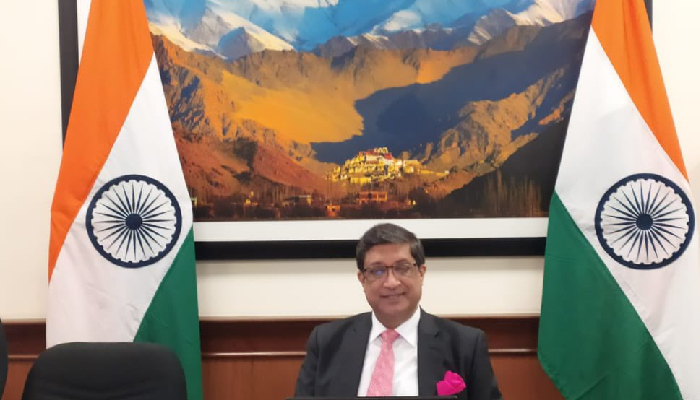 The BRICS Remote Sensing Satellite Agreement, that has been signed between the partner nations on Wednesday, will help accelerate cooperation between BRICS nations in the peaceful use of outer space with use of data and applications across an array of sectors, such as research in global climate change, agriculture and food security, disaster management and water resource management, amongst others said Secretary (CPV & OIA) Sanjay Bhattacharyya.

During his address at the virtual Signing Ceremony and Heads of BRICS Space Agencies Meeting, Bhattacharyya said, “This will be a significant contribution of BRICS towards the socio-economic development of our countries and peoples and would help us advance our targets on the 2030 Sustainable Development Agenda and its goals. This is also a fitting example of the work we are pursuing under the priority area of using digital tools for achieving SDGs. This achievement will naturally find applause when BRICS leaders meet for the BRICS Summit next month.”

India is the current chair of BRICS 2021 and has maintained momentum on intra-BRICS cooperation across the three pillars of our engagement, namely - Political and Security, Economic and Financial and Cultural and People to People- despite the continuing challenges of the pandemic.

The theme for India’s Chairship - ‘BRICS@15: Intra-BRICS cooperation for Continuity, Consolidation and Consensus’ is a fitting tribute to the 15th anniversary milestone of BRICS and is reflective of BRICS priorities in this era of transformation.

Secretary( CPV & OIA) further said that he was confident that this marks only the beginning of our cooperation and collaboration on exploring the peaceful use of outer space for the socio-economic development of our people in areas defined under this Agreement.

“I look forward to hearing your views on the future prospects for our engagement including on space cooperation and capacity building and sharing, and wish you all the best for a fruitful and productive meeting today,” he added.

He also extended thanks to the BRICS partner countries for extending their full support to the priorities chosen by India, which include Reform of the Multilateral System; Counter Terrorism Cooperation; Using Digital and Technological Solutions for achieving SDGs and Enhancing People to People Exchanges.

“I am pleased to share with you that BRICS has made strong progress on each of these areas this year. The finalization and adoption of the Agreement on the BRICS Remote Sensing Satellite Constellation is a significant feather in our cap and an important milestone for BRICS engagement. It will play an important role in improving the lives of our citizens in numerous ways,” he said.