US Secretary of State speaks to Jaishankar, discusses Afghanistan situation 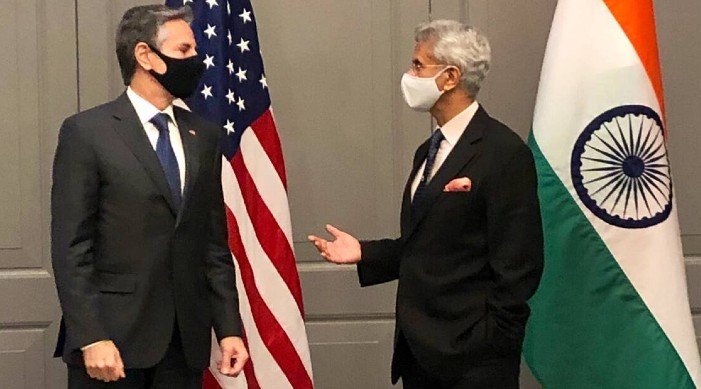 In his conversation with Blinken, EAM Jaishankar underlined the urgency of restoring airport operations in Kabul

US Secretary of State, Antony Blinken spoke to his Indian counterpart S Jaishankar on the latest developments in Afghanistan.

A statement of the Spokesperson of the US Department of State Ned Price on Monday said, “ Blinken spoke with Indian External Affairs Minister, Dr. S. Jaishankar today about Afghanistan and the developing situation there.”

Tweeting about his conversation with the US Secretary of State, Jaishankar said, “Discussed latest developments in Afghanistan with Sec Blinken. Underlined the urgency of restoring airport operations in Kabul. Deeply appreciate the American efforts in this regard.”

In the meantime, a joint statement by 64 countries, including Canada, France, Germany and the UK has called for ‘orderly departure’ of people leaving Afghanistan. These countries have appealed to all parties to respect safe, orderly departure of foreign nationals, Afghans who wish to leave the country.

India on Monday managed to evacuate Indian embassy officials and Indo-Tibetan Border Police personnel who were for the security of the mission in Kabul by sending two IAF C-17 transport aircrafts.

The EAM said, “Monitoring the situation in Kabul continuously. Understand the anxiety of those seeking to return to India. Airport operations are the main challenge. Discussions with partners in that regard.”