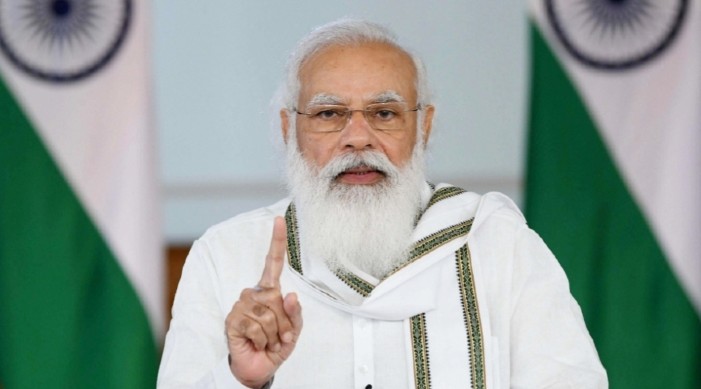 India has robust cooperation with Israel in areas like agriculture, defence and security and cyber-security

Prime Minister Narendra Modi and his Israeli counterpart Naftali Bennett have agreed on the potential to further expand cooperation between the two sides, especially in the areas of high-technology and innovation

During a phone call on Monday, they discussed concrete steps that could be taken in this regard.

They decided that the two Foreign Ministries would work on preparing a roadmap for further enriching the India-Israel Strategic Partnership, an official release said.

The leaders expressed satisfaction over the remarkable growth in the bilateral relationship in recent years.

According to the release, Prime Minister Modi emphasised that India greatly values its robust cooperation with Israel in areas like agriculture, water, defence and security, and cyber-security.

Recalling that next year would mark the 30th anniversary of the establishment of diplomatic relations between India and Israel, Prime Minister Modi extended an invitation to PM Bennett to visit India.

Prime Minister Modi reiterated his congratulations to Bennett for assuming office as the Israeli Prime Minister earlier this year.

The Indian Prime Minister also conveyed his greetings and good wishes to Bennett and the people of Israel for the coming Jewish festival of Rosh Hashanah.