India, Trinidad and Tobago to explore opportunities to enhance bilateral trade and investment 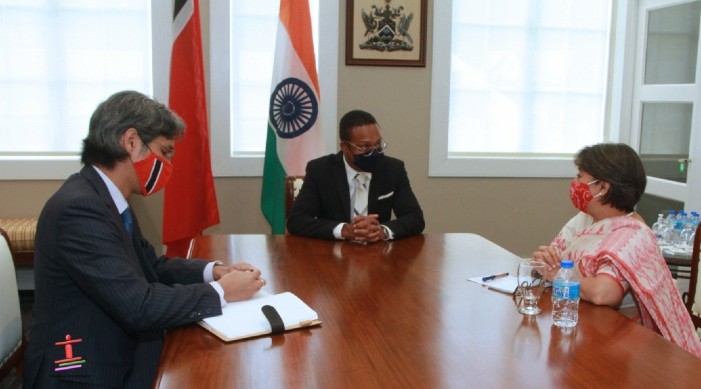 India and Trinidad and Tobago have decided to explore opportunities to enhance bilateral trade and investment.

This was agreed upon between the two nations in the second round of Foreign Office Consultation (FOC) in Port of Spain on Monday.

According to a joint media release issued by the Ministry of External Affairs, both sides reviewed the entire gamut of the bilateral relationship including trade and economic cooperation and expressed satisfaction at the progress made so far.

Discussions were also held on challenges posed by the Covid-19 pandemic and on exploring cooperation in the post-Covid-19 recovery period in areas of mutual interest such as health and pharmaceuticals, Information and Communication Technology (ICT), information technology-enabled services (ITES), Science and Technology and Space, Renewable Energy, Agriculture, food processing, tourism, hotel and hospitality industry.

The government of Trinidad and Tobago thanked the Indian side for the assistance provided under the Indian Technical and Economic Cooperation programme, the release noted.

They also discussed possibilities of project-related cooperation under the International Solar Alliance (ISA).

The Trinidad and Tobago delegation took the opportunity to express its appreciation to the Government of India for the donation of Covid-19 vaccines.

Both sides expressed satisfaction regarding the completion of the long-awaited Mahatma Gandhi Institute for Cultural Cooperation (MGICC) in Mt. Hope, the largest cultural centre built by India outside of India.

​The Indian delegation called on Amery Browne, Minister of Foreign and CARICOM Affairs, and exchanged views on further strengthening bilateral, regional and multilateral cooperation. Both sides agreed to facilitate the early holding of the second round of the Joint Commission Meeting (JCM) at the Foreign Minister’s level.

The talks were held in a friendly and cordial atmosphere, the release mentioned.