On US visit, EAM Jaishankar to chair India's Presidency initiatives in UNSC 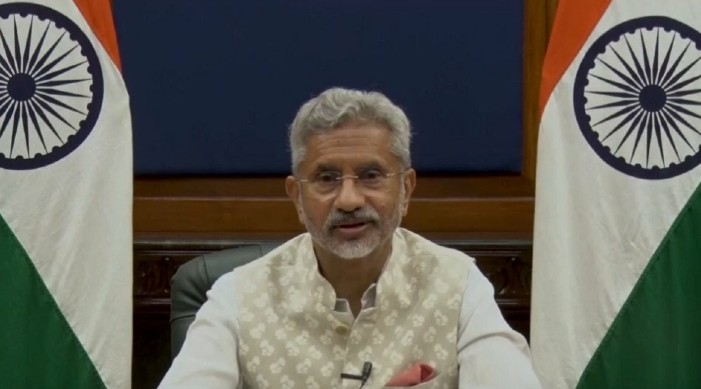 External Affairs Minister S Jaishankar will commence his trip to the United States on Monday during which he will be visiting New York to chair India’s Presidency of the United Nations Security Council (UNSC).

According to the Ministry of External Affairs, EAM Jaishankar would be presiding over two high-level signature events on August 18 and 19.

The first event on August 18 will be an Open Debate on 'Protecting the Protectors: Technology and Peacekeeping' while the second event on August 19 will be a high-level Briefing on 'Threats to International Peace and Security caused by Terrorist Acts'.

According to the MEA statement, the Open Debate on Peacekeeping will focus on the theme of 'Protecting the Protectors', including through the use of modern technological tools to enhance the safety and security of Peacekeepers and to aid Peacekeeping Missions to effectuate their mandates effectively and efficiently.

In this regard, India, in collaboration with the UN, would be rolling out the UNITE AWARE Platform, which is a situational awareness software programme that allows a Peacekeeping Operations Centre to visualize and analyze the ground situation in a conflict zone on a real time basis, it said.

This project aims to demonstrate the impact of modern surveillance technology on the detection of asymmetric threats. The aim is to improve camp security for UN peacekeepers, the overall security situation, and quality of situational awareness. India has partnered with the UN to roll out the UNITE Aware platform initially in four UN Peacekeeping Missions: MINUSMA (Mali), UNMISS (South Sudan), UNFICYP (Cyprus) and AMISOM (Somalia).

The MEA further informed that a Memorandum of Understanding between the Government of India and the UN in support of the 'Partnership for Technology in Peacekeeping' initiative is expected to be signed during the visit.

“The executing agencies for this MoU would be the Center for UN Peacekeeping (CUNPK - on the Indian side) and UN C4ISR Academy for Peace Operations (Command, Control, Communications, Computers, Intelligence, Surveillance and Reconnaissance) based in Entebbe (Uganda) on the UN’s side,” the statement read.

On 19 August, the EAM would preside over a briefing session on the six-monthly report of the UN Secretary General on the threat posed by ISIL/Da'esh, under the agenda item "Threats to International Peace and Security caused by Terrorist Acts”

During this visit, the EAM would also have bilateral meetings with Foreign Ministers of other Member States on the sidelines of these UNSC high-level events.