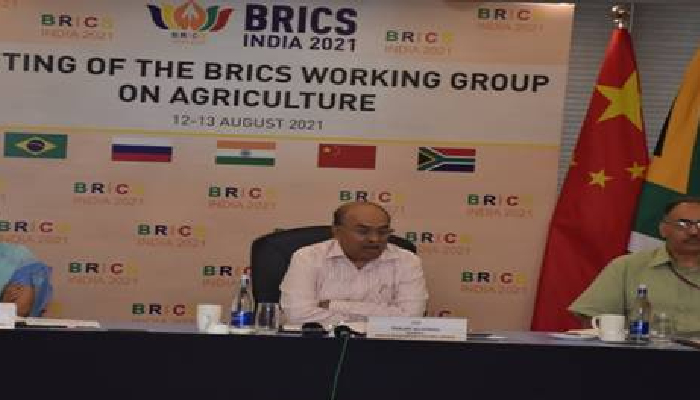 India has called on BRICS for the need to harness and share knowledge and transfer technologies from lab to land to provide improved solutions for enhanced productivity especially in the face of climate change.

At the BRICS Working Group meeting on agriculture--held in a virtual format from August 12 to 13, the five countries bloc acknowledged that BRICS countries are well positioned to take a leading role in helping to achieve the objectives of the 2030 Sustainable Development Goals of the UN to eradicate hunger and poverty.

During the meeting the Indian delegation informed the group members that a BRICS Agriculture Research Platform has been developed by India to promote cooperation in the areas of agricultural research, extension, technology transfer, training and capacity building.

“The intention to make the BRICS Agriculture Research Platform functional and encourage research cooperation to improve the use and application of agricultural technologies for meeting the needs of producers and processors,” the India side represented by Sanjay Agarwal, Secretary, Ministry of Agriculture and Farmers Welfare told the participants.

The working group also discussed joint declaration of the eleventh meeting of BRICS and action plan for 2021-24 for agricultural cooperation among BRICS countries.